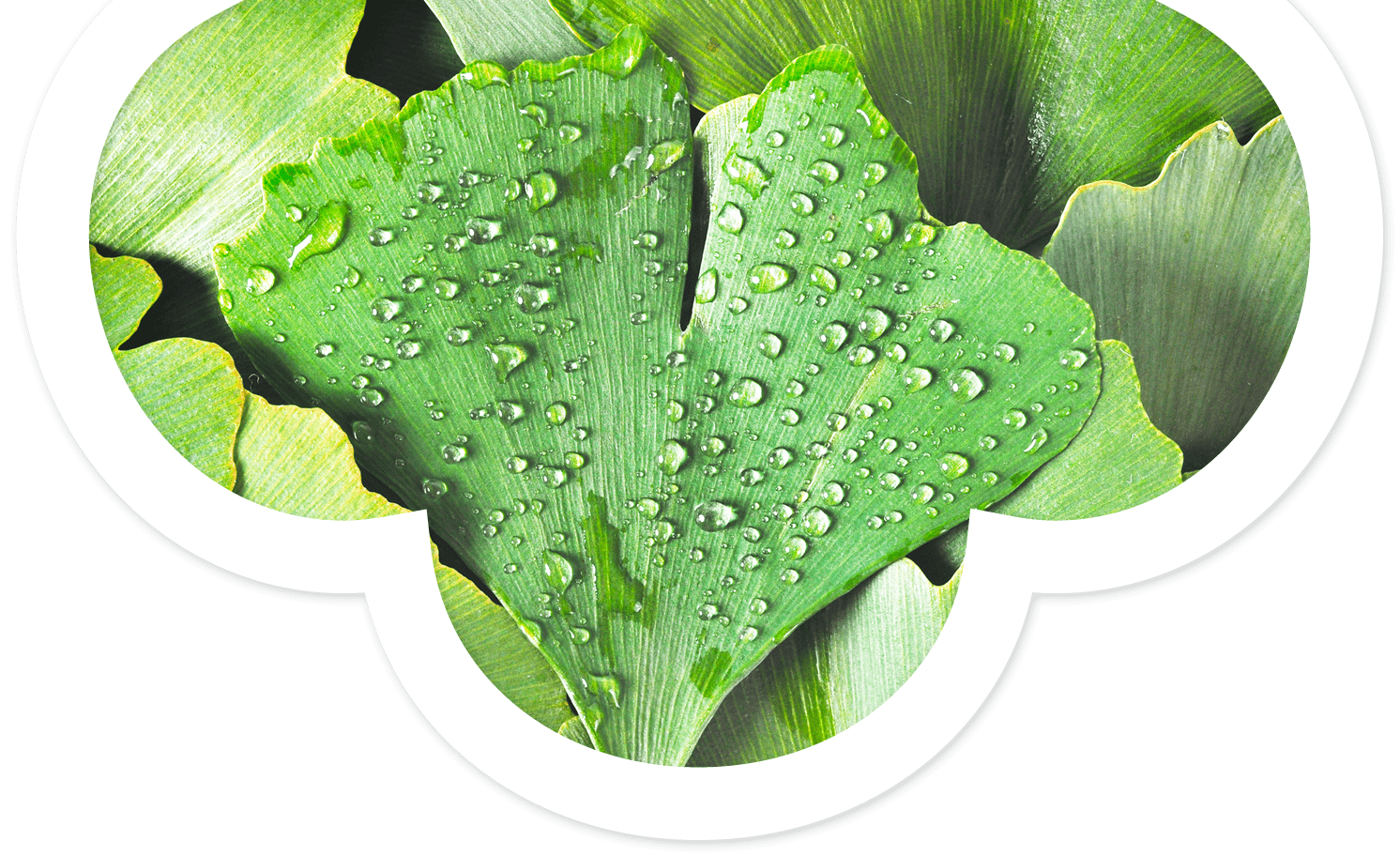 Ginkgo (Ginkgo biloba), also known as the maidenhair tree, is the only surviving member of the Ginkgoaceae family, which predates the dinosaurs by forty million years. The tree is therefore regarded as a living fossil.

The leaves are used in herbal medicine. It has exceptional longevity, living for up to a thousand years. It is remarkably resilient: one specimen even survived the atomic bombing of Hiroshima.

Its neuroprotective effects are apparent in hypoxia if neurons come into contact with glutamate, nitric oxide (NO) or amyloid-beta plaques (AHLEMEYER & KRIEGLSTEIN, 2003). It reduces neuronal apoptosis in cases of ischaemia and contact with free radicals (NI & al, 1996 ; AHLEMEYER & al, 1999 ; XIN & al, 2000), and blocks the effect of drugs that induce amnesia (MK-801, scopolamine) (TADANO & al, 1998 ; NOOSHINFAR & al, 2008).Ginkgo inhibits the breakdown of dopamine, serotonin and norepinephrine in the synapses. It boosts the action of acetylcholine, which is abnormally low in patients with senile dementia (KRISTOFIKOVA & al, 1992 ; DI RENZO, 2000 ; ROJAS & al, 2011).

During forced swim tests (a rodent experimental model designed to assess responses to stress), it increases dopamine and serotonin levels, demonstrating its antidepressant effect (ROJAS & al, 2011). Ginkgo is involved in the glutamatergic system, which plays a pivotal role in memory. It acts on CREB (a transcription protein present in all cells), which enhances neuron regeneration, survival and rehabilitation. CREB increases the synthesis of many neuroprotective proteins, such as Bcl-2 and BDNF (brain-derived neurotrophic factor). BDNF promotes the growth and differentiation of new neurons and synapses involved in long-term memory.

Ginkgo is a platelet-activating factor (PAF) antagonist (SMITH & al, 1996). PAFs rise in the event of injury and inflammation, and increase the severity of the injury (SOGOS & al, 1990).

So to keep your brain and your pets in good shape, enjoy the exceptional health benefits of ginkgo!