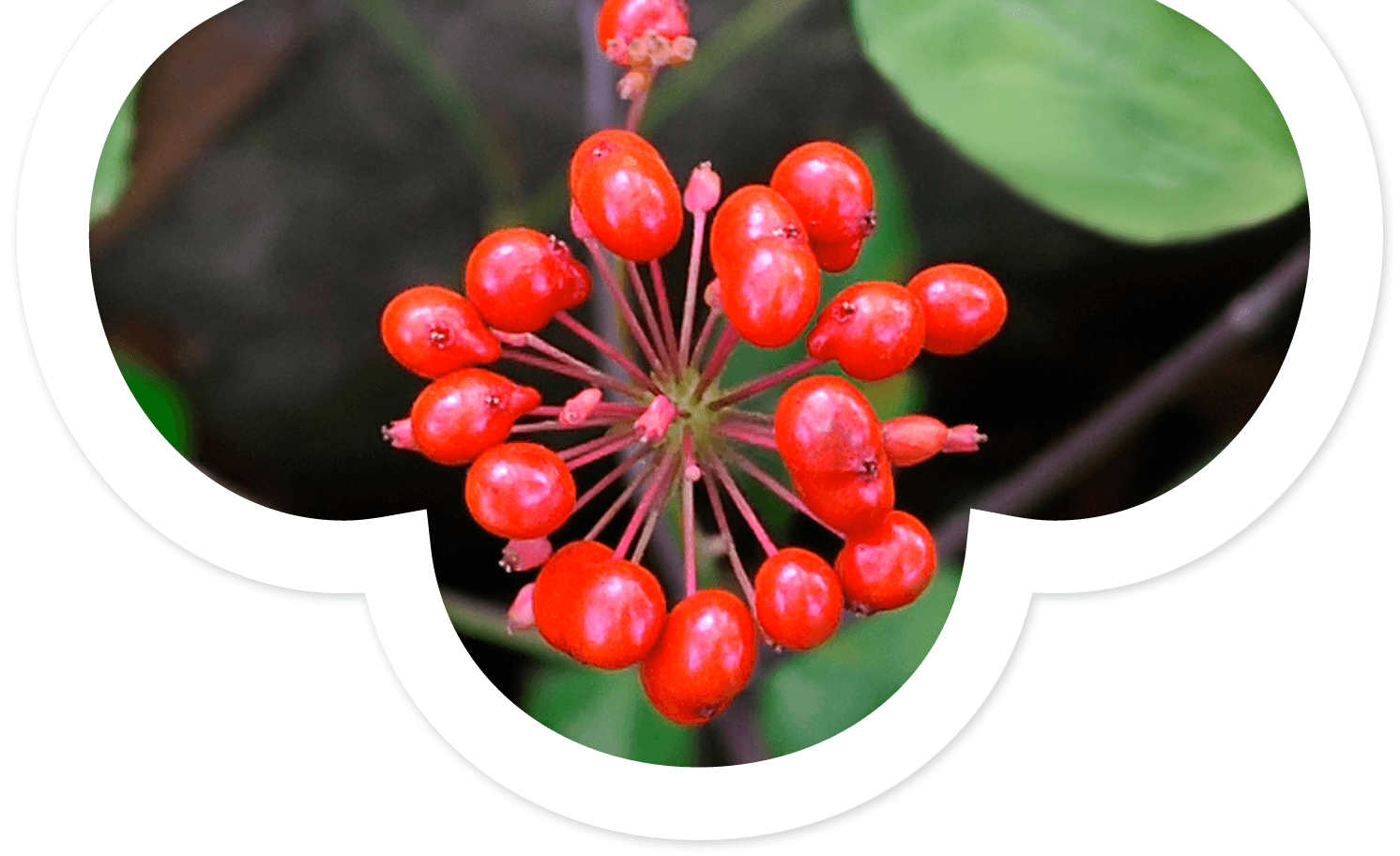 American ginseng is a perennial plant that is native to North America and grows naturally in mature forests throughout much of the eastern United States, from New England and Minnesota to Louisiana and Georgia. In Canada, the species is found in Ontario and Quebec (CHARRON & GAGNON, 1991).

Shamans have used this herb in traditional medicine since time immemorial and the Chinese have valued its multiple beneficial effects for centuries.

In addition, ginseng is known to contain other active ingredients such as acidic polysaccharides and phenolic compounds (CHO & al, 2013).

It acts as an anti-inflammatory by inhibiting the transcription factor NF-κB (LI & al, 2010) and can prevent and treat intestinal inflammation in mice by driving inflammatory cell apoptosis in a p53-dependent manner (JIN & al, 2010).

Both Asian and American ginseng have neuroprotective and stimulating effects and are specific brain antioxidants (GONZÁLEZ-BURGOS & al, 2015).

Its effects are distinct from those of Asian ginseng and suggest that the psychopharmacological properties depend on the plants’ different ginsenoside profiles (SCHOLEY & al, 2010). For example, some ginsenosides have been reported to exert effects on the cholinergic system; Rb1 both stimulates acetylcholine release and increases synaptosomal choline uptake. Accordingly, the ability of Rb1 to prevent memory deficits may be related to facilitation of acetylcholine metabolism in the central nervous system (BENISHIN & al, 1991 ; BENISHIN, 1992).

American ginseng has antimicrobial activity against bacteria and fungi. It operates by weakening the infection ability of microbes and stimulating the host immune system (WANG & al, 2020). In particular, it exerts cytokine-stimulating activity on macrophages (ASSINEWE & al, 2002 ; AZIKE & al, 2015).

American ginseng is a powerful ally in maintaining a healthy nervous system!