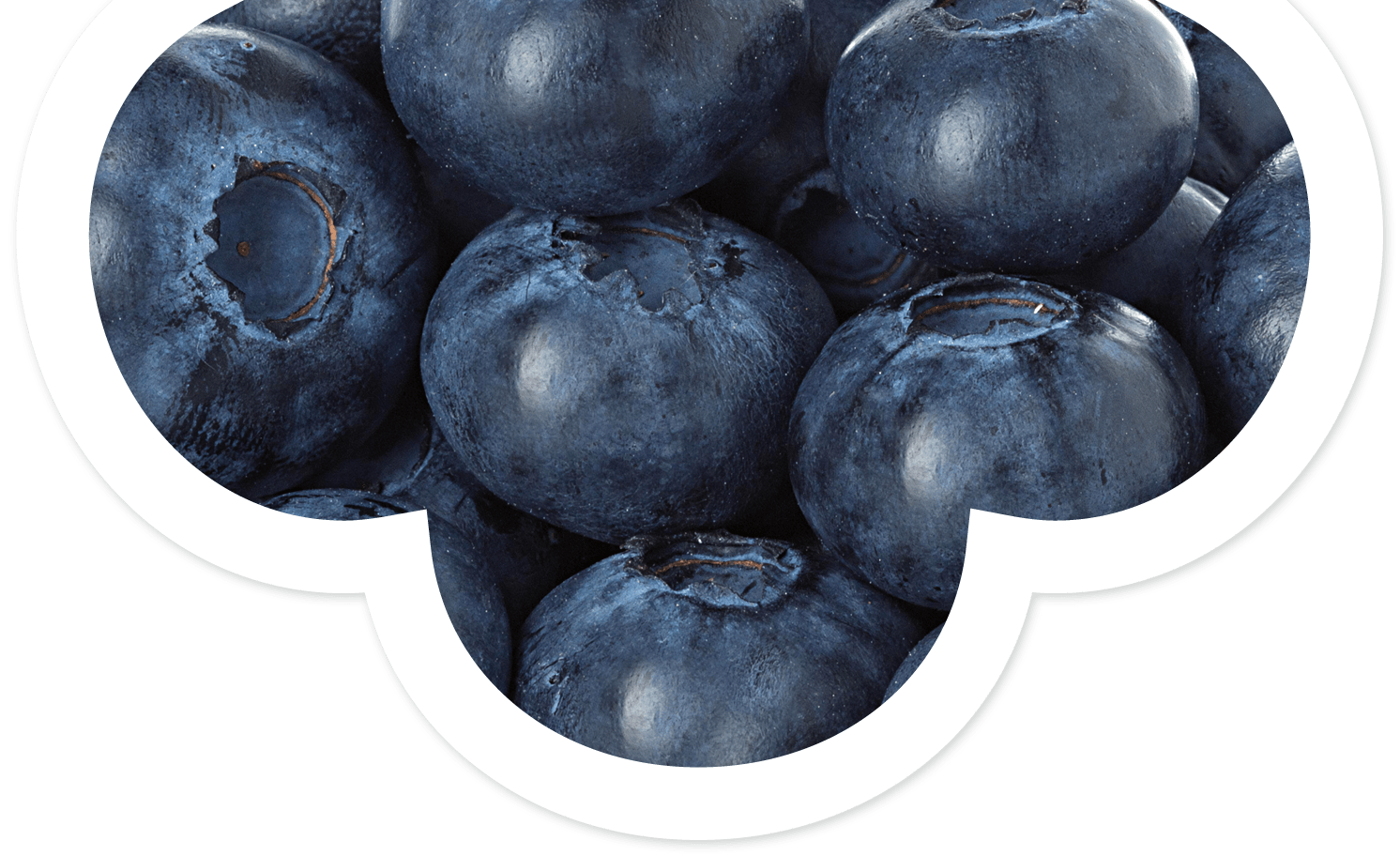 Bilberry (known as blueberry in the US) is a shrub that belongs to the Ericaceae family and is found in the forests of Europe and western Asia. It is grown mainly for its berries, but its leaves are also used in herbal medicine.

Patients with dry eye syndrome (keratoconjunctivitis sicca) experience visual discomfort due to a deficiency in the quantity and especially the quality of tears produced by the eye. This causes inflammation of the ocular surface, ultimately leading to vision loss. Taking a bilberry supplement for four weeks increases tear production in patients with this disorder. The Schirmer’s test results are significantly better for patients treated with bilberries than for those receiving a placebo (RIVA & al., 2017).

Although the mechanisms of age-related loss of cognitive and/or motor function have yet to be established, it is clear that oxidative stress and inflammation are involved as contributing or triggering factors. Rats fed bilberries exhibited enhanced motor performance, improved cognition, and increased hippocampal neurogenesis and levels of insulin-like growth factor 1 (IGF-1) (SHUKITT-HALE & al., 2015).

A combination of grapes and bilberries was tested on 35 beagles to evaluate the effect of polyphenols on age-related cognitive impairment. The dogs fed this supplement showed an increase in levels of superoxide dismutase (SOD) and nuclear factor-like 2 (Nrf2), improving their defences against free radicals, which play a major role in neurodegenerative disorders. The study revealed significant improvement in cognitive abilities, especially memory (FRAGUA & al., 2017).

The cardiovascular effects of bilberries are linked to the presence of anthocyanins. RODRIGUEZ-MATEOS & al. (2013) reported improved vascular endothelial function. In patients with metabolic syndrome, a daily intake of 150 g of bilberries improved biomarkers of endothelial function. The risk of cardiovascular events was 13% lower and arterial compliance was improved. CURTIS & al. (2019) also observed enhanced nitric oxide (NO) bioavailability due to the anthocyanin-induced increase in SOD activity.

ilberries improve the morphological and histological symptoms of colitis and the effects are dose-dependent. The health benefits associated with taking dietary anthocyanins are not limited to their direct effects in the colon; anthocyanins also help regulate gut microbiota. Gallic acid, for example, has been shown to reduce the growth of potentially harmful bacteria such as Bacteroides spp and Clostridium histolyticum without no adverse effects on beneficial bacteria (LI & al, 2019).