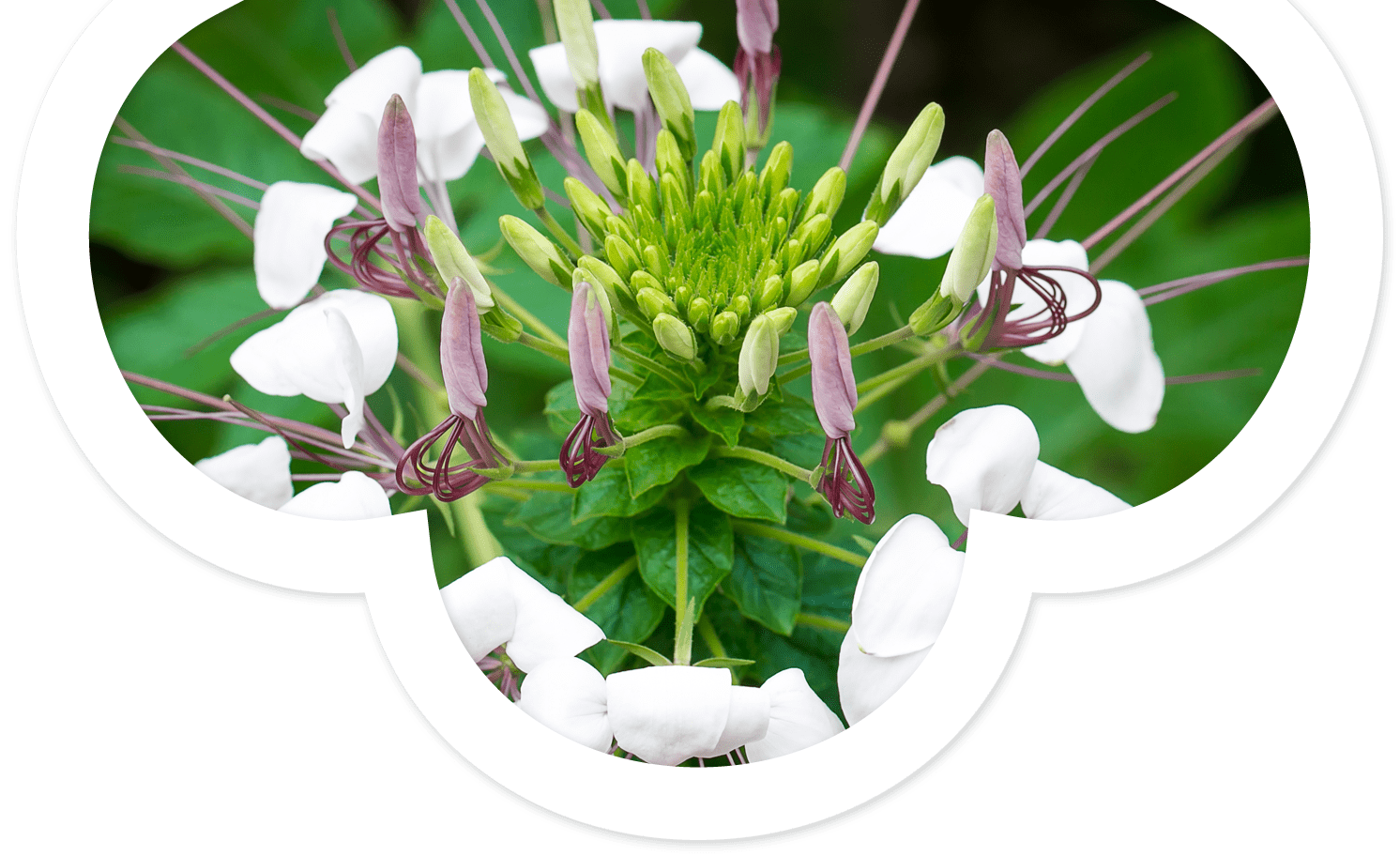 Popularly known as Cat’s Whiskers or Java Tea, Orthosiphon stamineus is a plant native to South-East Asia and belongs to the Lamiaceae family.

Its leaves have been used since ancient times in traditional Chinese medicine for their anti-inflammatory, antioxidant, hepatoprotective and antimicrobial effects. O. stamineus is widely used as a diuretic and to combat rheumatism, abdominal pain, kidney and bladder inflammation or infection (nephritis, cystitis), oedema, gout and hypertension.

O. stamineus is rich in diterpenes such as orthosiphol and in phenolic compounds (e.g. sinensetin, eupatorin, rosmarinic acid and caffeic acid).

Due to the orthosiphols and flavones it contains, O. stamineus has anti-inflammatory activity by 5-lipoxygenase inhibition. Eupatorin, sinensetin and ursolic acid are the main agents responsible for these anti-inflammatory effects.

O. stamineus has many beneficial effects on kidney function. For example, it reduces uraemia and creatininaemia, and increases glomerular filtration rate (ADAM & al, 2009).

It has a diuretic effect on rats comparable to that obtained with furosemide (ENGLERT & al, 1992 ; SCHUT & al, 1993) and exhibits a dose-dependent diuretic activity (ADAM & al, 2009). Sodium and potassium excretion increases in the first eight hours of treating rats with a single dose of 2 g/kg of O. stamineus in a pattern similar to that of hydrochlorothiazide. Repeated doses of 0.5 mg/kg administered over a period of seven days cause an increase in urine volume from day 3 to day 7 and in electrolyte excretion (Na+ and K+ ions) from day 2 to day 7. Generally, reduced uric acid levels in serum are observed after six hours of treatment (ARAFAT & al, 2008).

As a vasorelaxant, O. stamineus also has antihypertensive properties. It involves the calcium and potassium channels, but also the muscarinic and beta-adrenergic receptors. This has been observed in rats fitted with an aortic ring to induce hypertension. This effect is modulated by sinensetin (YAM & al, 2018).

Another molecule derived from sinensetin, tetramethoxyflavone (TMF), causes vasorelaxation in the aortic arch of rats whose endothelium has been sensitised to phenylephrine. This effect is also obtained by acting on the calcium and potassium channels, and on the muscarinic and beta-adrenergic receptors (TAM & al, 2018).

Due to its antioxidant abilities, O. stamineus has a hepatoprotective effect, counterbalancing the increased serum levels of the liver enzymes ALT and AST. It also protects against the harmful effects of paracetamol on the liver by raising glutathione levels (ASHRAF & al, 2018).

The antimicrobial activity of O. stamineus extract has been demonstrated in several studies. This enables it to combat infection by Salmonella, Escherichia coli, Listeria monocytogenes and Staphylococcus aureus (ASHRAK & al, 2018). A dose of 750 mg/kg protects the kidneys and bladder against E. coli infection in mice, reducing bacterial concentration in a similar way to norofloxacin. Interestingly, pre-treatment with O. stamineus for four to seven days reduces bacterial bladder colonisation due to its antiadhesive activity (SASHAR & al, 2017).