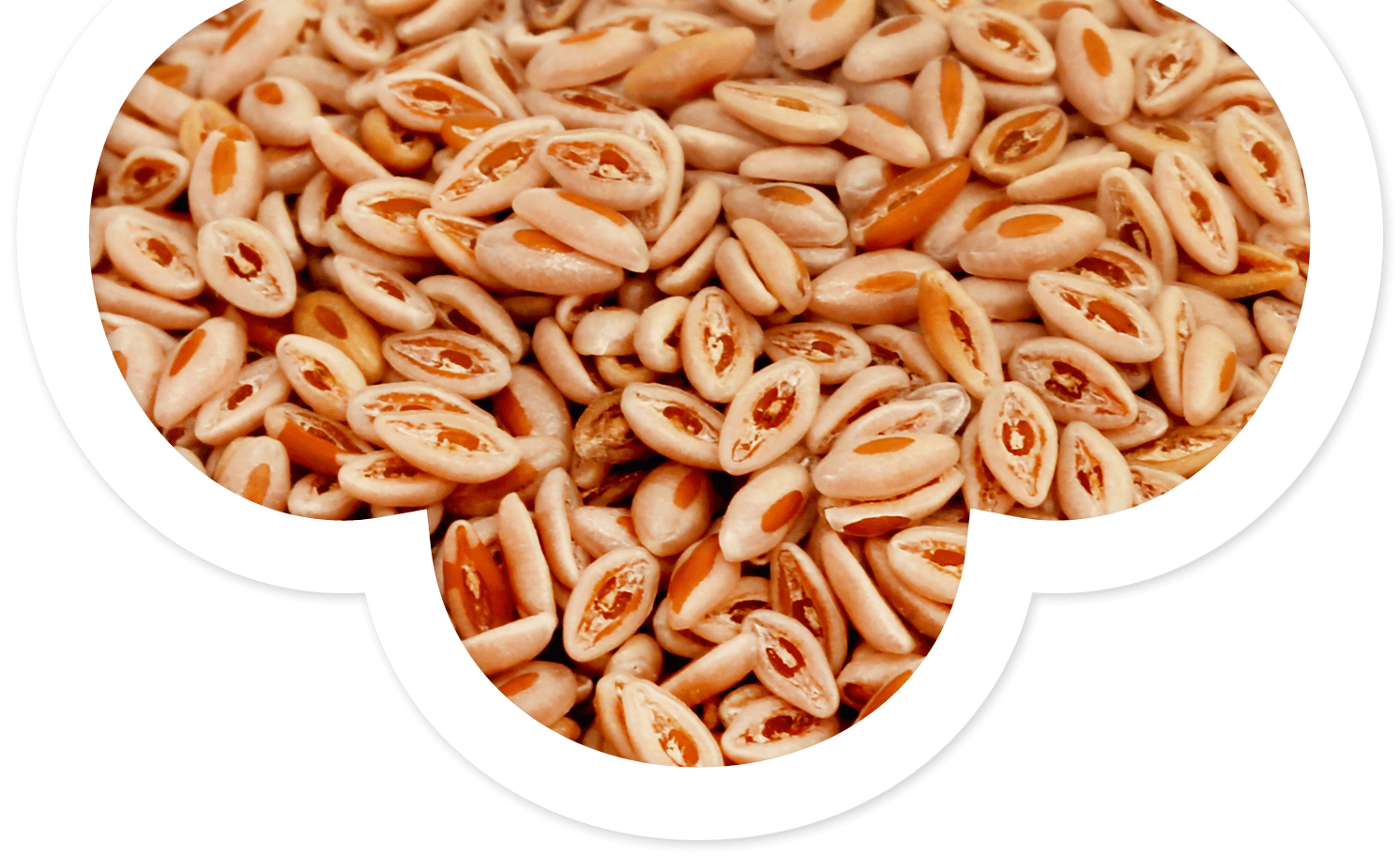 Psyllium was used by the ancient Egyptians for its laxative properties more than 3,000 years ago. Its seeds are harvested from several plants in the Plantaginaceae family, such as Plantago ovata (blond psyllium), which is the most useful for medicinal purposes, Plantago afra and Plantago arenaria (black psyllium). These compact annual herbs with erect stems are mainly grown in India and Iran (blond psyllium), as well as in the Mediterranean basin and the Middle East (black psyllium). The name psyllium comes from the Greek psyllia, meaning “flea”, referring to the small size of the seeds.

It is the seeds that are used in herbal medicine. They are very high in mucilage, a polysaccharide that can absorb up to eight times its volume in water. Mucilage is the main active constituent of the psyllium seed coat (also called the husk or integument), which contains between 20 and 30%.

In 1999 the World Health Organisation described psyllium seeds or seed bran as “a bulk-forming laxative used to restore and maintain regularity. [It] is indicated in the treatment of chronic constipation, temporary constipation due to illness or pregnancy, irritable bowel syndrome and constipation related to … diverticulitis. It is also used to soften the stools of those with haemorrhoids, or after anorectal surgery.”

Psyllium has many health benefits.

The mucilage in psyllium helps to combat constipation by retaining water from digested food, which helps to soften the stools.

A randomised, double-blind study in 170 subjects compared the efficacy of psyllium (5.1 g twice a day) vs docusate sodium (100 mg twice a day) in the treatment of chronic idiopathic constipation. The results showed that psyllium is superior to docusate sodium for softening stools and has greater overall laxative efficacy in subjects with chronic idiopathic constipation (MCRORIE & al., 1998).

The effect of psyllium (3.5 g twice a day) was also compared with that of polyethylene glycol (PEG) in a study of 126 subjects with chronic functional constipation. After two weeks of treatment, the mean weekly defecation rate increased from 1.18 at baseline to 8.48 in the PEG group, and from 1.33 to 5.71 in the psyllium group. Treatment with PEG or psyllium restored normal bowel movements in 87.3% and 66.7% of patients, respectively. There were no significant differences in the rate of improvement of flatulence, abdominal pain, defecation effort or pain experienced between the two treatments (WANG & al., 2004).

Another study in 70 subjects with constipation compared the efficacy of treatment with mixed soluble/insoluble fibre vs psyllium (5 g twice a day for four weeks). Mixed fibre and psyllium were equally efficacious in improving constipation and quality of life (ERDOGAN & al., 2016).

A randomised placebo-controlled trial was conducted to determine the effectiveness of increasing the dietary content of soluble fibre (psyllium) or insoluble fibre (bran) in 275 patients with irritable bowel syndrome (IBS). Patients were treated for 12 weeks with 10 g of psyllium, 10 g of bran or 10 g of placebo (rice flour). After three months of treatment, the psyllium group saw a significant reduction in the severity of IBS symptoms. Conversely, bran showed no clinically relevant benefit and, in some patients, even worsened symptoms (BIJKERK & al., 2009).

Twenty study participants with type 2 diabetes received psyllium (14 g/day) for six weeks. After a test breakfast, glucose absorption decreased significantly in the presence of psyllium (down 12.2%). This reduction is associated with a 5% fall in insulin levels. Serum levels of glycosylated haemoglobin, a risk marker for long-term diabetes complications, decreased by 3.8%. The serum C-peptide concentration, a measure of the amount of insulin the body can produce, increased by 14.9%. Furthermore, 24-hour urinary glucose excretion decreased by 22.5%. Psyllium also reduced total and LDL cholesterol (by 7.7 and 9.2%, respectively), and uric acid (10%) (SIERRA & al., 2002).

Psyllium increases satiety and lowers the glycaemic index of a meal. Consequently, it has beneficial effects on weight management in obese children and adolescents (MORENO & al., 2003).

A single-blind, randomised study was conducted to identify postprandial metabolic and hormonal responses after different types of meals (high or low in fibre) consumed by 16 volunteers. It was found that a meal enriched with psyllium fibre (23 g) decreased serum insulin, plasma glucose, ghrelin and peptide YY (PYY) concentrations measured two hours after the meal, compared with the other meal types. Moreover, PYY secretion was prolonged compared with the low-fibre meals (KARHUNEN & al., 2010).

A study was conducted in 12 horses fed a psyllium supplement for seven days. Faeces were collected for 29 days: before, during and after treatment. Faecal microbiota composition was analysed by 16S ribosomal RNA gene sequencing. Psyllium supplementation was beneficial for improving microbial diversity (MIENALTOWSKI & al., 2020).

Psyllium contributes to a healthy gut!