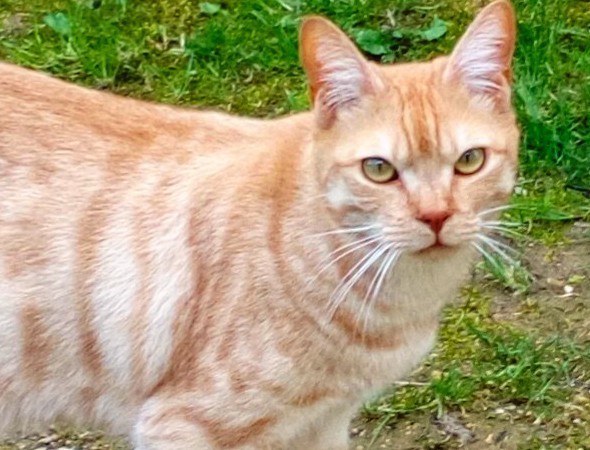 Mint is a 1-year-old castrated European Shorthair. I got him when he was 2 months old and he was suffering from acute coryza (feline viral rhinotracheitis). He was in a very bad way but had a great appetite, which was a good sign. The vet put him on antibiotics and blood-thinning medication, and I gave him inhalations of Respi Miloa TM. I could see a real improvement within just two or three days. I carried on with the inhalant for a few days after the course of treatment ended. He still had breathing problems and his coryza became chronic. But as you can see in the photo, he’s come through the worst of it and is doing very well! I give him Respi Miloa TM to inhale at home as soon as he starts wheezing. He doesn’t seem to mind being shut in his carrier during treatment and just waits quietly. In fact, it’s the only time he ever shows any patience… So far, letting him inhale Respi Miloa TM at the first sign of any respiratory distress is enough to relieve the symptoms.