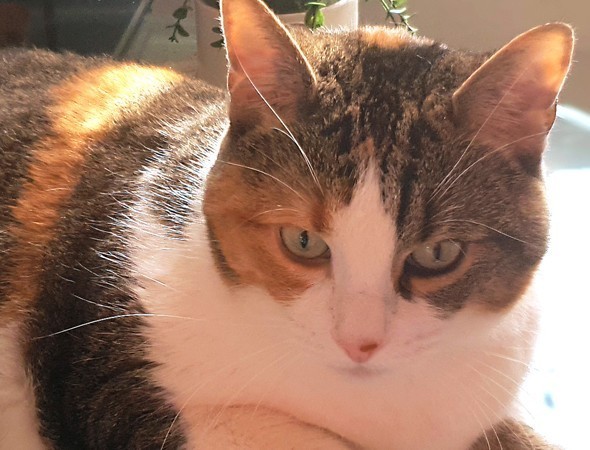 Diane is a 7-year-old, slightly overweight (6 kg) European shorthair. She accompanies her masters to the countryside at the weekend (where she goes out and about) and lives in Paris during the week (in an apartment). This little puss is sterilised, vaccinated and regularly de-flead and wormed but is very anxious and lives with several other cats. In 2014 she began to have epileptic fits when she arrived back in Paris. The blood tests showed up nothing abnormal and we first of all tried a mild course of treatment. Diane continued to have a fit every two months. The owners were not keen to put her on barbiturates so we tried Zen Supp TM in 2016: half a pill a day for 10 days then quarter of a pill daily. The fits stopped! For the past few months, Diane has no longer been taking Zen Supp TM every day, only before potentially stressful situations, and she has still not had another fit.