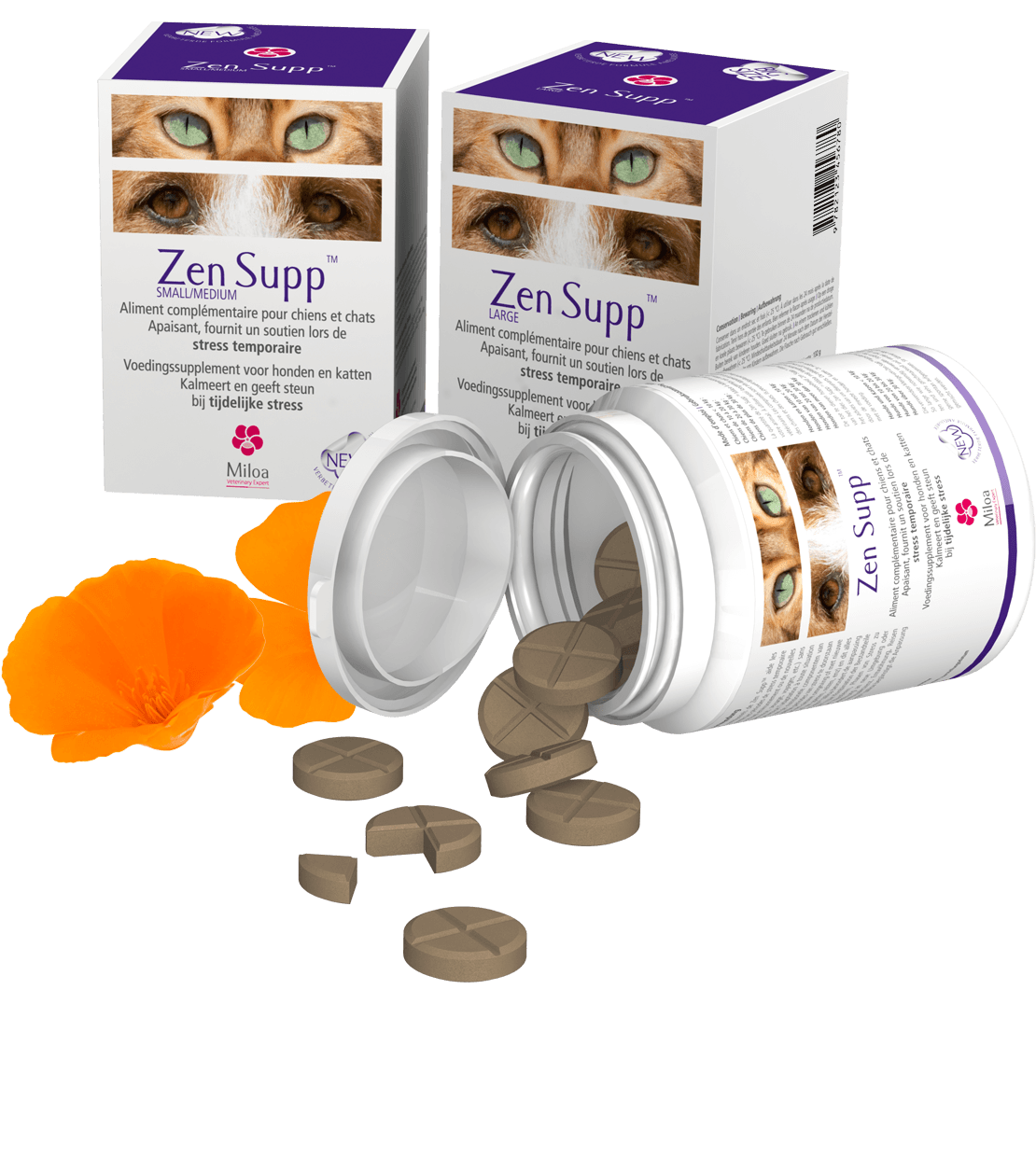 There are many causes of stress and anxiety in our pets.

They may have to be left alone or be required to adapt to new people or a new environment (holidays, kennels, house move, etc.).

They may also find it difficult to cope with convalescence, weaning, visits to the vet or doggy centre, travel, fireworks or storms.

Follow your vet’s advice. The tablets are extremely palatable. Most cats and dogs will swallow them without fuss, but they can also be crushed and mixed with food.

Keep in a cool, dry place (< 25 °C). Use within 24 months of the date of manufacture. Keep out of reach of children. Close securely after use.

They are using Zen Supp tm 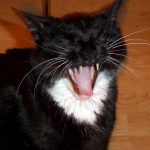 Zen Supp tm
My cat Pimousse had been showing symptoms of agitation and anxiety episodically for some time. I no longer recognized her, she started meowing loudly, for no reason, which is not her habit. She also followed me around the apartment, whereas she is usually a quiet and calm pussy. Subsequently, these "crises" became almost daily. Concerned, I finally talked to her vets who recommended a treatment with Miloa's Zen Supp TM. She takes half a tablet a day and I can tell you that the treatment was effective very quickly. The symptoms almost disappeared in 24 - 48 hours. 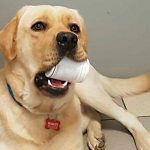 Zen Supp tm
My little man of the past, otherwise known as Marley for close friends, uses Zen Supp TM from Miloa so it’s no stress for dog shows or travel, a real pleasure for everyone! 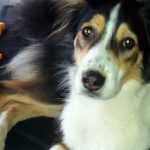 Der Miloa tm Zen Supp tm
This is my two-year-old dog Palma. After excessive licking of her hind legs and interdigital spaces (anxiety problem?), Palma was placed on Zen Supp TM tablets and Der Miloa TM spray, which is applied locally on zones that are licked. Everything is now great. 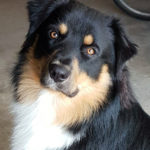 Zen Supp tm
Norman is a 10-month-old Australian Shepherd. When he was 8 months old, he displayed signs of hyper-attachment and hyper-vigilance (scanning the environment regularly). His uneasiness manifested itself in destructive behaviour, the wooden doors in the house being the prime target. He caused havoc whenever we left him on his own. Even when we were there, he would whine and stopped wanting to play. So our vet advised us to try Zen Supp TM to soothe his anxiety and we noticed a definite improvement in his behaviour right away. He’s much calmer, has stopped whining and even plays by himself again. It hasn’t made him drowsy either. He’s also much less destructive. We’re still giving him Zen Supp TM and we change the dose if we’re going on holiday or we think he might potentially be stressed by something out of the ordinary.