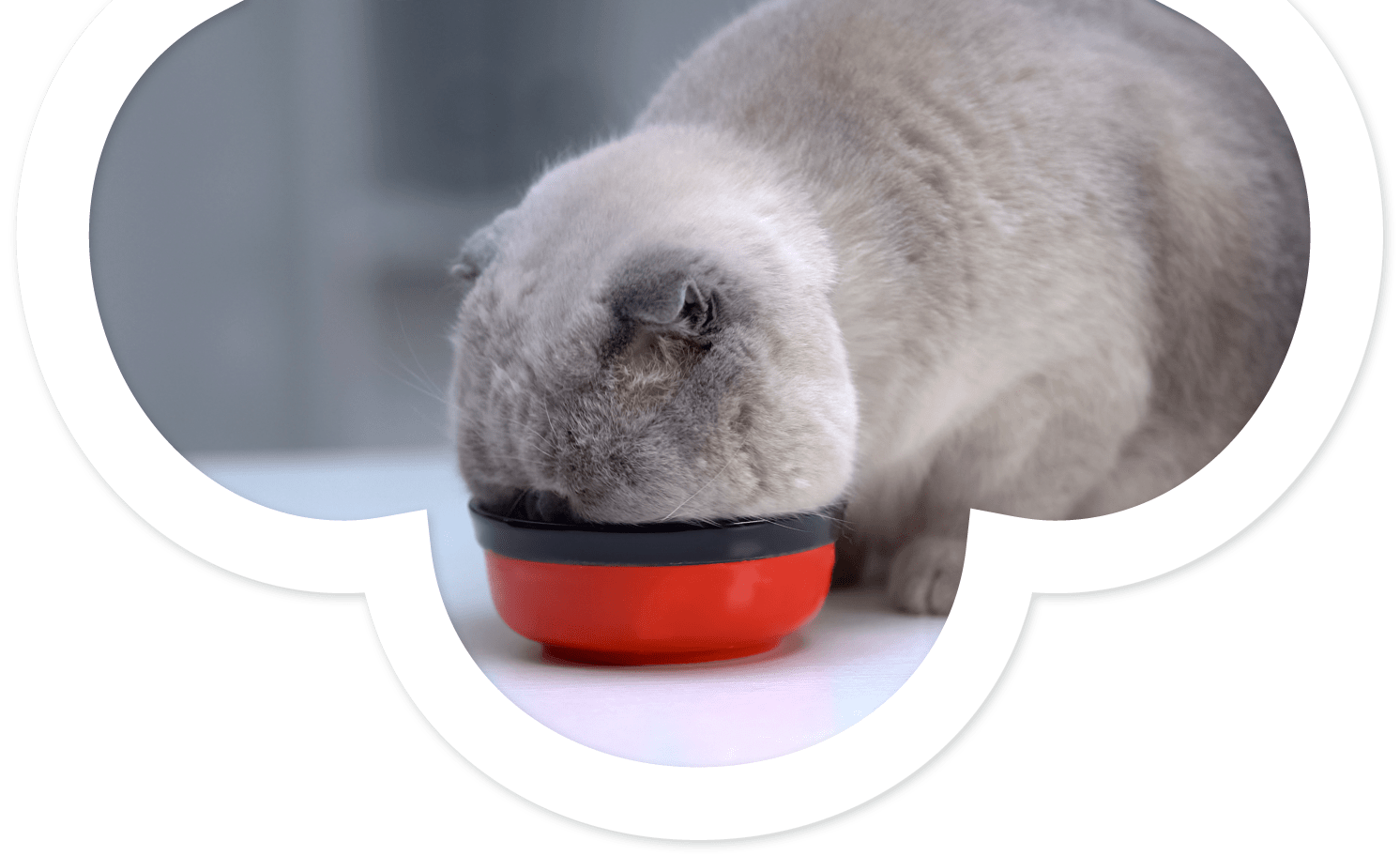 An animal with diabetes mellitus has a blood sugar level that is constantly too high. That is what is called hyperglycaemia. Part of this excess sugar is excreted via the urine. The patient thus has glycosuria; its urine is very sticky. Diabetes mellitus is a frequent endocrine disease in dogs and cats.

In healthy animals, the insulin produced by the pancreas regulates the levels of sugar in the blood that enters the cells. In diabetic animals, either the pancreas fails to produce enough insulin or the insulin works poorly.

Diabetic dogs are often between the ages of 7 and 10 years. Cases of juvenile diabetes have also been described in young dogs under 2 years of age. Certain breeds are more predisposed to diabetes mellitus. These include poodles, greyhounds, spitzes, dachshunds, dwarf pinschers, and Labrador retrievers. Bitches are more often affected than male dogs.

Cats, for their part, become diabetic over the age of 6 years. Sterilized cats are predisposed to obesity, which is itself a cause of insulin resistance. The diabetes mellitus from which our pets suffer is comparable to Type 2 diabetes mellitus in humans.

The main symptoms of diabetes mellitus in cats and dogs is prolonged excessive thirst (polydipsia, PD) and increased urine production and urination (polyuria, PU) or PU/PD, plus an increase in appetite (polyphagia) associated with weight loss.

Other, less specific, signs may also be seen, such as a dull coat, dandruff, a swollen abdomen due to an enlarged liver (hepatomegaly), and despondency.

Other symptoms may also develop, depending on the severity of the diabetes. These include severe abdominal pain, dehydration, vomiting, diarrhoea, renal failure, anorexia, and stupour that can degenerate into a coma.

The diagnosis of diabetes mellitus is established by the evocative clinical signs of chronic hyperglycaemia combined with glycosuria. One must also search for intercurrent ailments and possible complications. A blood test is a must to document the hyperglycaemia but also to ensure the absence of any concomitant disease. A fasting blood sample must be taken to rule out a fleeting high blood sugar level after a meal. Assaying for fructosamine – the product of the reaction between glucose and a protein – to provide information about the animal’s mean blood sugar level over the three weeks preceding the test is helpful for diagnosis. It is especially useful in cats, for it allows one to differentiate transient hyperglycaemia from true diabetes mellitus. Indeed, the fear experienced by a cat when blood is taken can generate stress-related hyperglycaemia, which is fleeting and completely harmless.

The treatment for diabetes mellitus consists of insulin injections and a strict diet. Management must begin as early as possible to avoid the development of associated secondary ailments. The administration of insulin is a life-long treatment, to be done at set times at the rate of 2 injections of insulin a day, and requires regular veterinary check-ups (twice a year for dogs and every 3-4 months for cats).

The aims of the treatment are twofold: The swings in blood sugar levels must be reduced to resolve the clinical signs of the disease, and potential complications and/or associated diseases must be prevented, treated, or watched out for.

Careful: The vials of insulin must be kept in a cool place below 25°C (or in the refrigerator). Once open, they keep for 4 weeks. Their contents must be homogenized before being taken up. That means shaking them very gently by turning them upside-down and then right-side up very gently so as not to damage the fragile insulin molecules. The injections are given under the skin after meals, taking care to alternate the injection sites. For example, alternate between the left and right chest wall each day. As in human medicine, veterinary insulin pens exist for easier administration.

If a bitch is diabetic, spaying her is recommended. Indeed, the hormonal fluctuations that accompany the menstrual cycle make it particularly difficult to stabilize diabetes in unspayed females.

In cats, long-acting insulin gives the best remission rates. Cats can indeed go into remission, a particularity that is not shared by dogs. Up to 70% of cats that are managed correctly with early insulin injections, a strict diet, and return to a normal weight will be able to come off the insulin treatments after a few weeks or months. Careful: This is a remission, not a cure!

Good hygiene measures are indispensable to manage diabetes well. Regular exercise must be kept up, taking care to avoid overly intense or sudden bouts of exercise that will trigger hypoglycaemic episodes. Sugars and lipids must be banned from the diet and high-fibre rations preferred. Proteins are an appropriate energy source for diabetic animals, except if the diabetes is associated with renal failure. Specific rations for diabetic cats and dogs exist. Care must be taken to feed dogs at set hours (2 to 3 times a day). Cats are allowed free access to their food, but total daily intake must be controlled.

Miloa’s Anti-Ox TM and Hepa Supp TM supplements may be given to protect the body from oxidant stress, which is very high in diabetes, and to support liver function, which is likewise under a great strain.