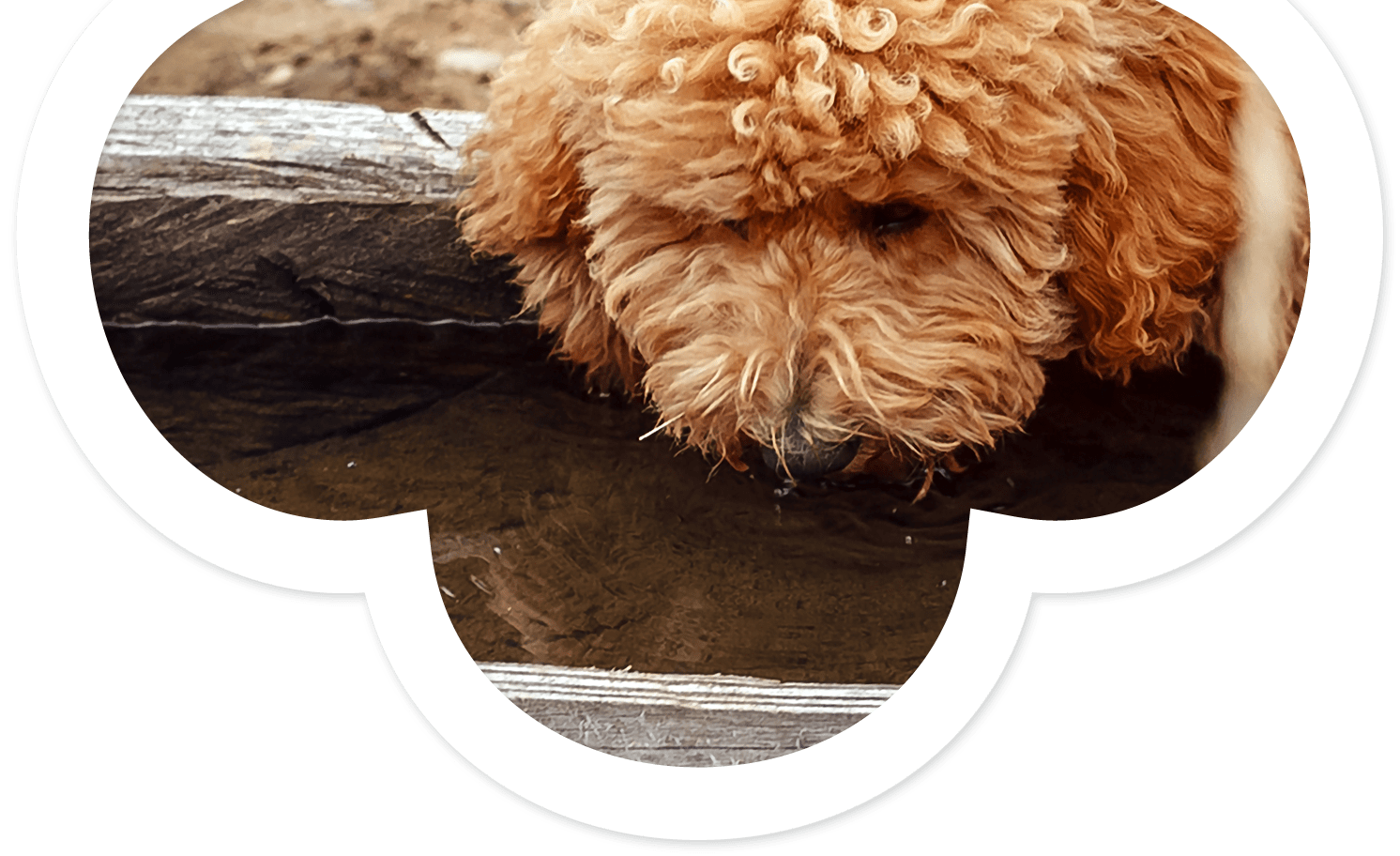 Hyperadrenocorticism, or Cushing's syndrome, results from a chronic excess of glucocorticoids (cortisone and cortisol), a class of steroid hormones produced naturally in the body. It is one of the most commonly diagnosed endocrine diseases in dogs. It strikes on average 1% of dogs but is very rare in cats.

Within the pituitary gland (a small gland in the brain), a hormone called adrenocorticotropin (ACTH) is normally secreted to stimulate the adrenal glands (glands near the kidneys) to produce glucocorticoids. These hormones perform multiple important tasks within the metabolism. They are anti-inflammatory, anti-allergic, analgesic, lower immune defenses, increase carbohydrate, protein and lipid metabolism in particular.

This disease is often diagnosed from the age of 6 but has already been documented in younger dogs. There is no predisposition associated with sex. All breeds can be affected but some are particularly predisposed such as the Poodle, Dachshund, Terrier-type breeds, German Shepherd, Beagle, Labrador Retriever and Boxer.

The excess of glucocorticoids released into the blood stream has a detrimental effect on the metabolism as well as on the function of several organs. The resulting symptoms can significantly impact the dog’s quality of life and even potentially endanger it.

It is a slowly progressing disease. The most frequently observed symptoms are: polyuria-polydipsia (urinating and drinking more frequently), polyphagia (increased appetite), distended or pendular abdomen, hair loss (often bilateral and symmetrical on the flanks), thin skin, weakness. The dog is calmer and less lively than usual, and his breathing is faster and shallower.

Other, less common symptoms may appear if the tumor squeezes or invades surrounding tissue. For example, in the case of pituitary hyperadrenocorticism, when the tumor increases in size it can cause lesions in the brain and neurological symptoms can then appear such as apathy, stupor, loss of appetite, moving in a circle or aimlessly, loss of balance and behavioral problems.

Other complications may appear such as the development of diabetes mellitus, recurrent urinary tract infections and increased blood pressure. Pulmonary thromboembolism (clots that block blood vessels in the lungs) are among the rarer but worrying complications. This clinically results in the onset of acute breathing difficulty. In this case, a veterinarian must quickly be consulted.

Often it is a combination of several elements that makes a diagnosis of cushing possible. The clinical signs described above are a first step in suspecting this disease. Certain specific abnormalities visible on the blood test may also support clinical suspicion.

To get a definite diagnosis, a dynamic blood test, which lasts 1 to 8 hours, must be performed. This involves injecting the dog with a hormone (ACTH or glucocorticoids) and checking how the hormonal metabolism responds. This test is combined with medical imaging exams (ultrasound, CT scan, MRI) to precisely determine the type of hyperadrenocorticism. It is important to know which type is involved because the treatment options are not the same.