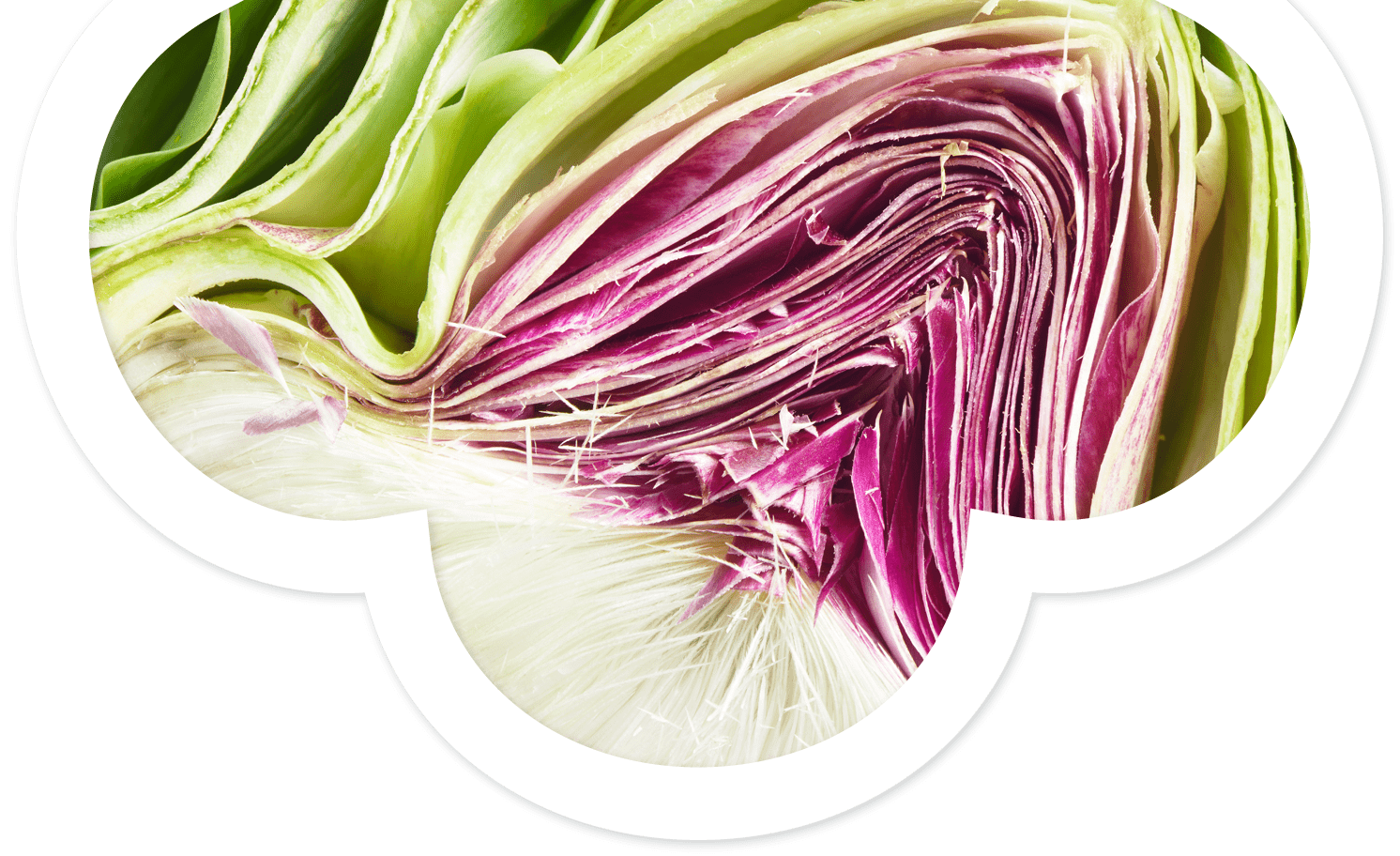 Cynara scolymus, belongs to the Asteraceae family like Milk Thistle or Echinacea. It is a large herbaceous plant, native to southern Europe and northern Africa. Its culture and use in traditional medicine date back to ancient Rome.

Artichoke leaves have always been used for their choleretic, cholagogue, amphocholeretic, diuretic, hepato-protective properties. Today, and particularly in Germany, they are used to fight against hyperlipemia, hypercholesterolemia, digestive disorders, liver and bile diseases. It is an excellent appetite stimulant. It should not be used in patients suffering from gallstones.

In 2003, JIMENEZ-ESCRIG & al. demonstrated that Artichoke induces an increase in glutathione peroxidase, a powerful antioxidant.

Recently, a meta-analysis of 39 studies revealed the high antioxidant power of Artichoke at the hepatic level. It increases glutathione, glutathione peroxidase, catalase, SOD and decreases malondialdehyde (MDA). The effect is already measurable after 2 weeks (SHABNAM & al, 2018).

Rats with hepatic insufficiency induced by carbon tetrachloride have seen their symptoms, biochemical and histological analyses improved by the hepato-curative abilities of Artichoke leaves.

There is an increase in antioxidant markers that decrease DNA degradation, and normalize the apoptotic activity of caspase 3, and a decrease in liver enzymes. From a histological point of view: congestion, inflammation, and cellular damage are much less pronounced (COLAK & al, 2016).

Steatosis or “fatty liver” is a very common cause of chronic hepatic pathologies, which subsequently leads to hepatitis that may eventually degenerate into fibrosis or cirrhosis.

100 patients with steatosis received 600 mg/d for 2 months: their AST and ALT enzymes decreased, as did their total bilirubin, total cholesterol and LDL. Ultrasound images also demonstrate this improvement by a decrease in liver size, and in the diameter of the portal vein (PANAHI & al, 2018).

VAJIHEH & al, in 2016 also measured the decrease in ASTs and ALTs, triglycerides, LDLs, and total cholesterol but with no change in HDL.

The combination of Artichoke and berberine was tested in cardiac patients with hypercholesterolemia for 2 months. The results are promising: 16% decrease in LDL, 19% decrease in total cholesterol and 15% decrease in triglycerides (CICERO & al, 2019).

A meta-analysis of 702 patients attests to the same results as the previous study, again without altering HDL (SAHEBKAR & al, 2018).

This improvement is due to its choleretic and cholagogue abilities. The German E. commission recommends artichoke in this indication.

GIACOSA & al in 2015 demonstrated that the combination of Artichoke and ginger is safe and effective, improves gastric emptying, reduces nausea, abdominal pain and bloating.

For PEREIRA & al, in 2014, there is a synergistic action between Artichoke, Milk Thistle and Borututu against hepato-cellular cancer, thanks to their antioxidant activities.

On cancerous liver cells, Artichoke protects hepatocytes from oxidizing stress because it reduces MDA production and increases glutathione production. It induces cell apoptosis through action on caspase 3. As a result, it decreases the viability of cancer cells (MICCADEI & al, 2008).

So don’t worry, Bile happy! Artichoke has everything you need!