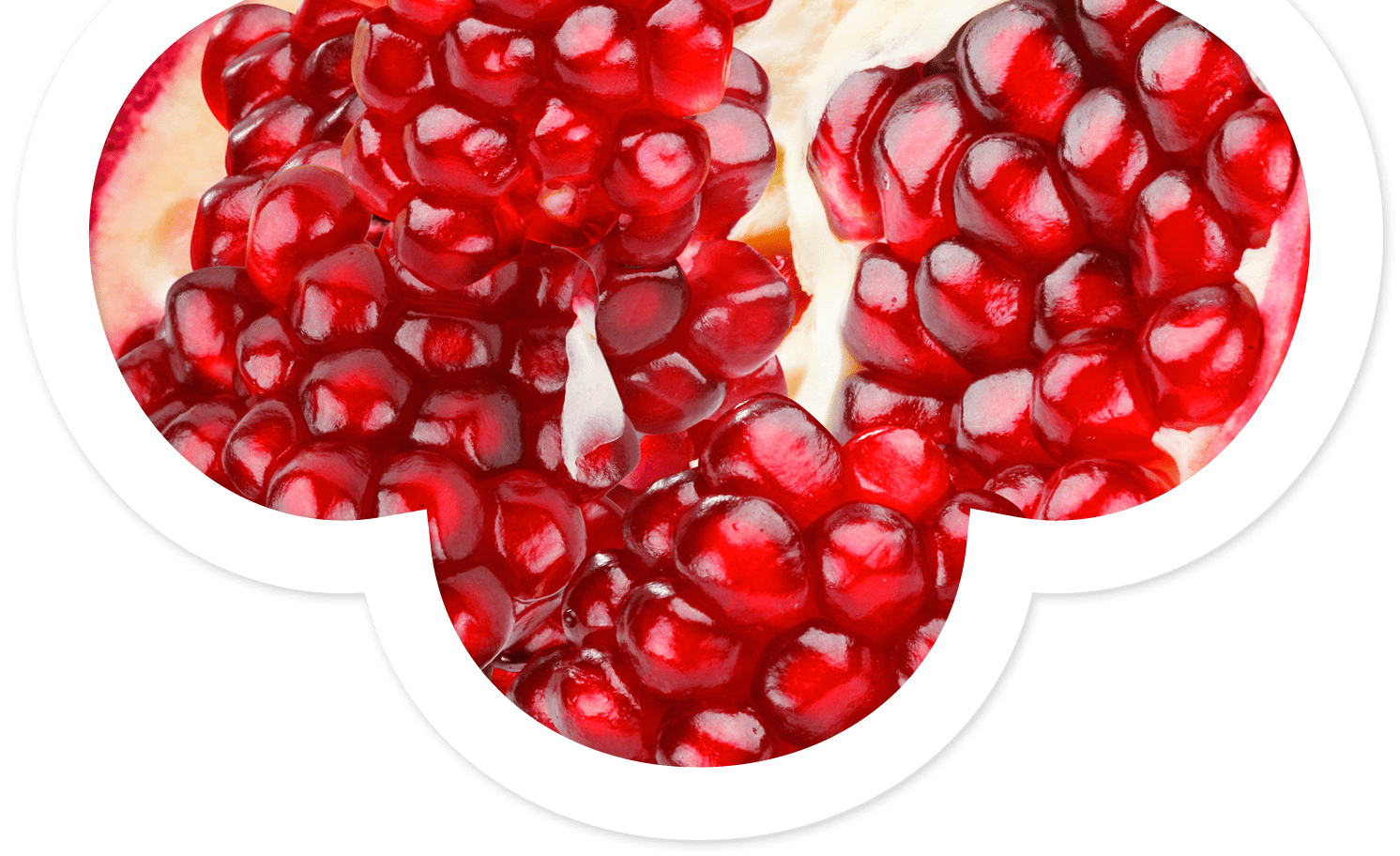 Pomegranate belongs to the Punicaceae family. The pomegranate originated in Iran and is widely cultivated in North Africa.

The fruit is a large berry about the size of an orange and is used in herbal medicine.

Pomegranate juice has the ability to inhibit angiotensin-converting enzyme (ACE) activity. It can reduce the serum concentration of ACE by 36% within two weeks. This is very useful, as it helps lower blood pressure and inhibits platelet aggregation and lipid peroxidation. Consumption of pomegranate juice also results in a small (5%) but significant drop in blood pressure. This effect is mainly attributable to its antioxidant properties (AVIRAM & al, 2000).

Administering pomegranate to rats with type 1 diabetes resulted in several benefits. In this experiment, two doses were tested: 100 and 300 mg/kg, given orally. The results are significant with both doses and are dose-dependent. Pomegranate lowers glucose levels in blood and urine due to a significant increase in antioxidant effects in the pancreas (increase in superoxide dismutase (SOD), catalase and glutathione reductase). Pomegranate also reduces polyuria, polydipsia and proteinuria by lowering oxidative stress in the kidney (through an increase in concentrations of antioxidant enzymes). Lastly, the ACE-inhibiting activity of pomegranate lowers blood pressure, thereby preventing further renal damage (MOHAN & al, 2009).

A 2014 study proved that pomegranate attenuates cardiovascular risk factors in haemodialysis patients. Polyphenols in pomegranate have anti-atherogenic properties and improve systolic blood pressure, triglycerides and HDL levels. The mechanism by which pomegranate juice reduces systolic blood pressure is linked to its ability to decrease ACE activity (due to its antioxidant properties) or to a direct effect on serum ACE activity.

Furthermore, reactive oxygen species contribute to vasoconstriction and increased vascular resistance. The antioxidant properties of pomegranate reduce both effects, which is crucial. Pomegranate restores endothelial function and lowers blood pressure. Blood pressure is also lowered by its ability to protect nitric oxide (NO) against oxidation and to enhance NO synthase bioactivity (SHEMA-DIDI & al, 2014).

Pomegranate combats the oxidative stress caused by intense physical activity. It strengthens the antioxidant system and speeds up recovery. From the first 3 minutes after starting to exercise and for 48 hours afterwards, pomegranate reduces malondialdehyde and increases protective enzyme levels to a significant extent in comparison with placebo (AMMAR & al, 2017).

In a test group of trained cyclists who took pomegranate extract or a placebo for 15 days, it was found that both the time to exhaustion and the time to reach the ventilatory threshold increased in the group taking pomegranate, but not in the control group. After a submaximal effort, pomegranate improves performance and restores strength in damaged muscles (TORREGROSA-GARCIA & al, 2019).

Another study confirms that pomegranate has antioxidant and anti-inflammatory properties during and after physical exercise. It improves cardiovascular response during exercise and enhances both endurance and performance. Its beneficial effects are less marked if the pomegranate administered is not sufficiently rich in polyphenols (<0.7g/0.5L) or if it is taken less than an hour before exercise (AMMAR & al, 2018).

A study on groups of rats given different doses of pomegranate juice and compared with placebo produced very interesting results in terms of male fertility. After seven weeks (the duration of spermatogenesis in rats), the researchers noted an increase in sperm concentration and motility and a decrease in abnormal sperm levels in the group on pomegranate juice. Furthermore, there was a decrease in markers of oxidative stress (malondialdehyde) and an increase in defence activity against free radicals (glutathione, glutathione peroxidase, glutathione reductase, catalase and vitamin C) in the pomegranate group, but not in the control group. Sperm have a high concentration of polyunsaturated fatty acids and are very sensitive to free radicals. Due to its antioxidant properties, pomegranate prevents damage to sperm and improves spermatogenesis (TÜRK & al, 2007).

A study in which goats were fed pomegranate seed mixed with barley also found that dietary supplementation with pomegranate improves sperm motility and viability (ZAREPOURFARD & al, 2019).

In dogs given pomegranate as a dietary supplement, the results indicate that it improves crude fibre digestibility. It also has a significant beneficial influence on faecal pH and on ammonia and lactate production. It therefore has a positive impact on hindgut fermentation in dogs (JOSE & al, 2017).

Now is the time to enjoy this delicious fruit, which is a symbol of abundance, prosperity, fertility and love in many cultures.