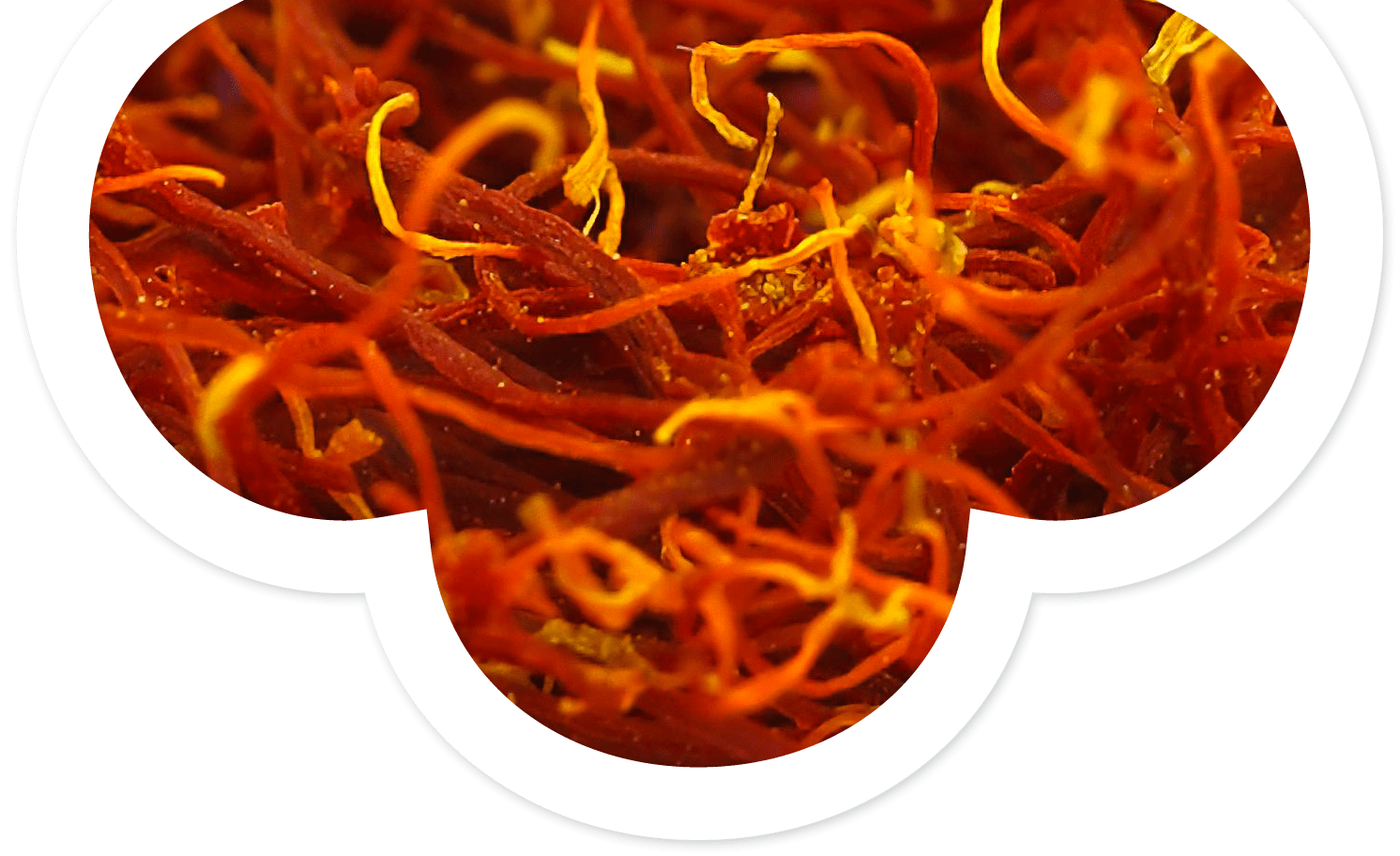 The saffron crocus belongs to the Iridaceae family. It is a perennial bulb that grows to a height of 30 cm and originated in the East. The bulk of its cultivation is in Iran and it is used in contemporary and traditional medicine alike. The colour of saffron is due largely to the carotenoid, crocin, that it contains and which is considered the main agent responsible for its neuroprotective effects. The dried stigmas are used.

ADVANTAGES FOR THE CENTRAL NERVOUS SYSTEM

Crocin prevents the learning deficits and oxidative stress that are induced by chronic stress (GHADRDOOST & al, 2011).

A study of 46 individuals with Alzheimer’s disease who were given 15 mg of saffron twice a day for six weeks showed significant increases in the patients’ cognitive abilities compared with placebo (AKHONDZADEH & al, 2010).

Cerebral ischaemia causes oxidative stress and is reflected in rises in nitric acid and malondialdehyde (MDA) levels in the brain, as well as in depression of the body’s defences against free radicals (vitamins E and C, superoxide dismutase (SOD) and glutathion, etc.). One in vitro study shows that preventive administration of crocin inhibits membrane lipid peroxidation and restores SOD levels more effectively than vitamin E (at equivalent concentrations) (OCHIAI & al, 2004).

A double-blind study conducted by NOORBALA & al in 2005 tested the efficacy of saffron (30 mg/day) versus fluoxetine (20 mg b.i.d) for six weeks. The results of the two arms were equivalent. A meta-analysis by YANG & al de 2018 in 2018 validated the efficacy and harmlessness of saffron in treating major depression. Analysis of several studies showed that saffron was always more effective than the placebo. It is just as effective as man-made antidepressants. What is more, saffron is a safe substance that has no adverse effects and can be considered an alternative to behavioural therapies and man-made antidepressants for treating moderate depression. Intraperiteonal administration of crocin (12.5 mg/kg) in rats for 21 days has an antidepressant effect and increases hippocampal BDNF significantly (HASSANI & al, 2014).

Similarly, chronic treatment with an aqueous extract of Crocus sativus reinforces BDNF gene expression and levels in the hippocampus, thereby improving cognitive function. What is more, an antidepressant effect comparable to that of imipramine has been observed (GHASEMI & al, 2015).

The ability of crocin to trap free radicals is associated with its neuroprotective, anti-inflammatory, anti-ageing, and anti-tumour roles. Crocin increases expression of the genes coding for catalase and SOD (EL-BESHBISHY & al, 2012).

BALUCHNEJADMOJARAD & al (2019) assessed the effect of safranal on rats with Alzheimer’s disease. The observed improvement in cognition was dose-dependent. What is more, safranal attenuated the levels of MDA, ROS, IL1-beta, IL-6, TNF alpha, NF-kB, and myeloperoxidase and increased the activity of SOD, catalase, and glutathion.

Patients with age-related macular degeneration (AMD) showed improvements in their symptoms after three months on doses ranging from 20 to 50 mg a day (improvements in electroretinograms, visual acuity, central thickness of the macula, and sensitivity to contrast). In the case of glaucoma, administering 30 mg/day for a month reduced intra-ocular pressure significantly after three weeks. However, the intra-ocular pressure rose again four weeks after the treatment stopped. Improvements in macular deterioration and visual acuity are seen in diabetics with macular and retinal disorders. What is more, crocin supplements also improve their blood sugar levels. Through its anti-atherogenic, anti-hypertensive, neuroprotective, anti-inflammatory, anti-oxidant, anti-apoptotic, and anti-diabetic effects, saffron improves AMD, open-angle glaucoma, and diabetic retinopathies (HEITMAR & al, 2019).

Using crocetin in cervical, ovarian, and breast cancer is very interesting. Crocetin arrests the cell cycle of the tumour cell. It exerts its cytotoxic action by re-establishing cellular apoptosis. It has a synergistic effect on vincristine, thereby reinforcing the latter’s action. Crocin depresses proliferation of the tumour line cells in prostate cancer. Its action increases with time and concentration. The non-tumour cells are not affected. Crocin restores cellular apoptosis through the intervention of caspase-9 (BHANDARI & al, 2015).