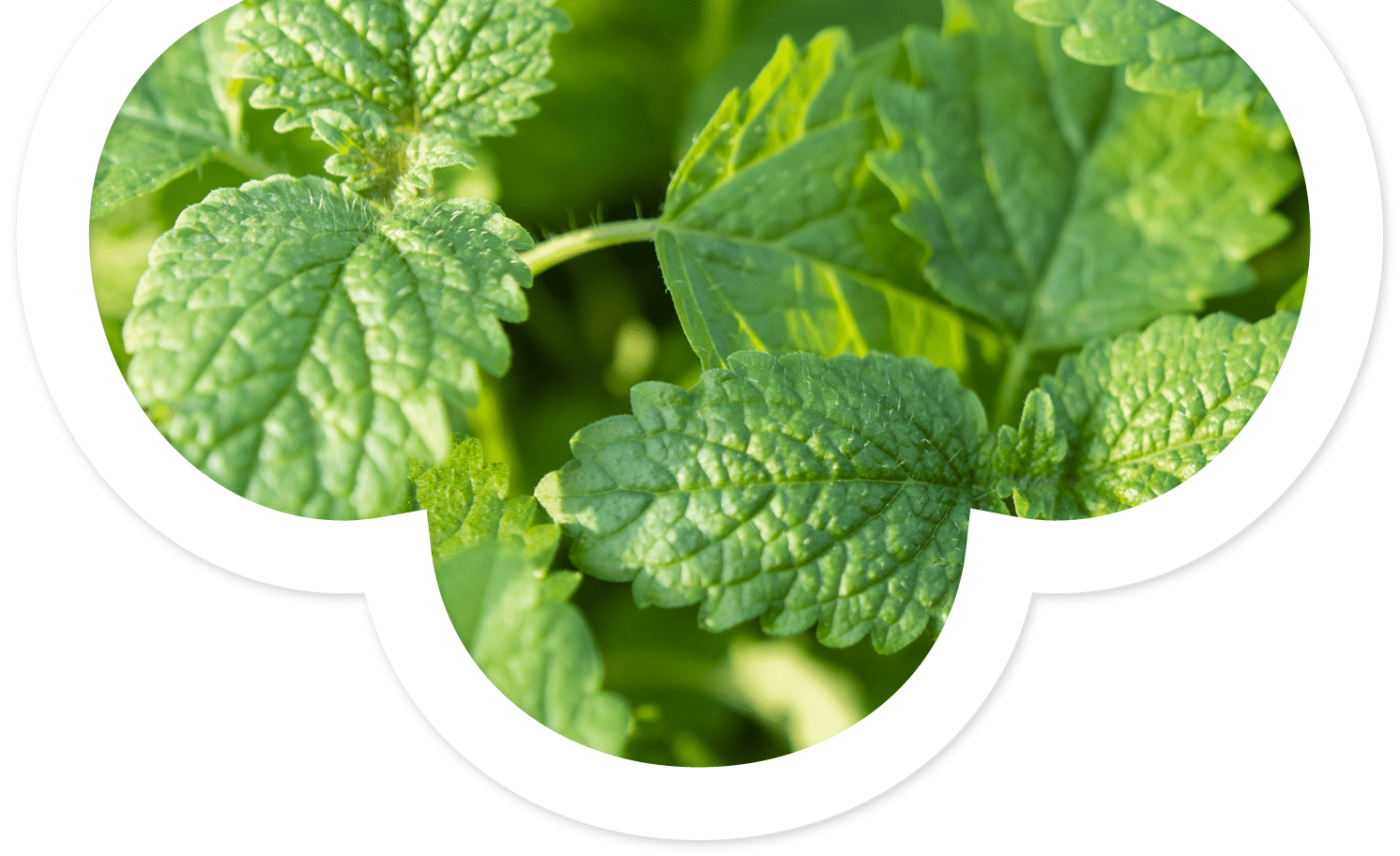 Lemon balm is a perennial herbaceous plant in the mint family Lamiaceae.

It is cultivated throughout Europe and grows in cool, shady places, reaching a height of 30-80 cm at maturity. It is widely used in herbal teas in Germany and the US to aid sleep and relieve gastrointestinal complaints. It has a very pleasant lemony flavour

The leaves are used in herbal medicine.

Germany’s Commission E recommends its use for nervous disorders and intestinal discomfort. The European Medicines Agency (EMA) recognises its use to combat stress, aid sleep and reduce flatulence and bloating.

Lemon balm is a very safe plant to use, with a wide margin of safety.

Antioxidants play a key role in protecting cells against oxidative stress, which is implicated in a wide variety of degenerative diseases. An aqueous extract of lemon balm acts as a strong antioxidant due to its phenols, flavonoids (quercetin, rutin), and caffeic and rosmarinic acids (TRIANTAPHYLLOU & al, 2001).

A comparative study of several plants has shown that lemon balm is an effective agent in the prevention of various neurological diseases associated with oxidative stress (PEREIRA & al, 2009).

All of its active ingredients act synergistically and protect cells from lipid peroxidation. The antioxidant effects of its compounds are up to 10 times stronger than the effects of vitamins B and C (SOFOWORA & al, 2013).

A hydroethanolic leaf extract of lemon balm has a dose-dependent effect on intestinal motility in the jejunum and ileum. Rosmarinic acid is thought to be responsible for this spasmolytic effect (AUBERT & al, 2019).

In a study on the effect of lemon balm on the severity of dysmenorrhea, 50 women were given lemon balm extract and 50 others received placebo. By the end of the study, those taking lemon balm were experiencing significantly less pain than the control group (MIRABI & al, 2017).

Given preventively, lemon balm protects against gastric ulcers. The exact mechanism has not yet been determined. However, its antioxidant effect is known to enhance enzymatic defences by increasing levels of superoxide dismutase (SOD) and glutathione peroxidase and by inhibiting cyclooxygenase-2 (COX-2) (SABERI & al, 2016).

Multiple rodent studies attest to lemon balm’s usefulness in treating anxiety and depression. It has anxiolytic properties similar to those of diazepam. Females seem to be more receptive (TAIWO & al, 2012).

According to Lin & al. (2015), lemon balm has a serotonergic antidepressant-like activity.

Rosmarinic acid and triterpenoids in lemon balm inhibit gamma-aminobutyric acid transaminase (GABA-T) activity and increase GABA levels in the brain, which has the effect of reducing anxiety (IBARRA & al, 2010).

These active ingredients have been identified as having a potent inhibitory effect on GABA-T, an enzyme target in the treatment of anxiety, epilepsy and related neurological disorders (AWAD & al, 2009).