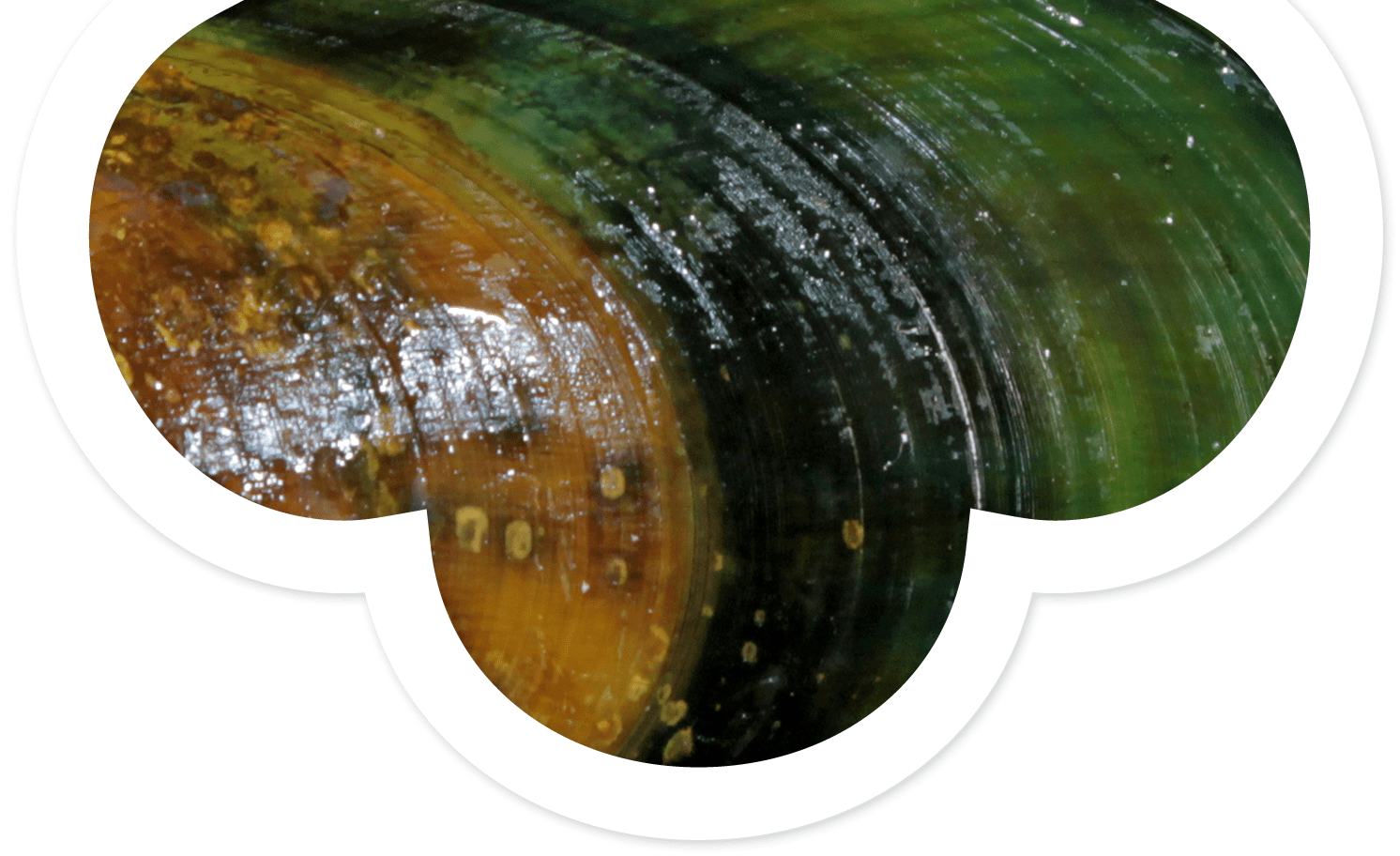 Perna canaliculus or green-lipped mussel (GLM) is found only in New Zealand waters. It has been cultivated commercially since the early 1970s (WOOD & al., 2007)), but has been valued as a delicious and nutritious foodstuff by native New Zealanders since the dawn of history.

It inhibits biosynthesis of pro-inflammatory prostaglandins and reduces TNF-α and IL-12p40 production by human monocytes stimulated with lipopolysaccharide (LPS) in vitro. It reduces the incidence, onset and severity of arthritis in vivo in rats and mice (LAWSON & al., 2007). When administered by intraperitoneal injection, it reduces carrageenan-induced inflammatory oedema of the rat hind footpad (MILLER & OMROD, 1980).

In rats fed a high-fat/high-sugar diet and developing metabolic-associated OA, adding Perna canaliculus to their feed led to a significant reduction in serum C-telopeptide of type II collagen (CTX-II), a protein fragment that is found at the terminals of the collagen chain and is a biomarker of cartilage degradation. GLM therefore has a protective effect in metabolic-associated OA in rats (SIRIARCHAVATANA & al., 2019).

Some authors have hypothesised that GLM triggers the growth of certain intestinal bacterial species, which may contribute to the microbiome’s ability to produce short-chain fatty acids, thus playing an important role in maintaining intestinal homeostasis (SALTZMANN & al., 2017).