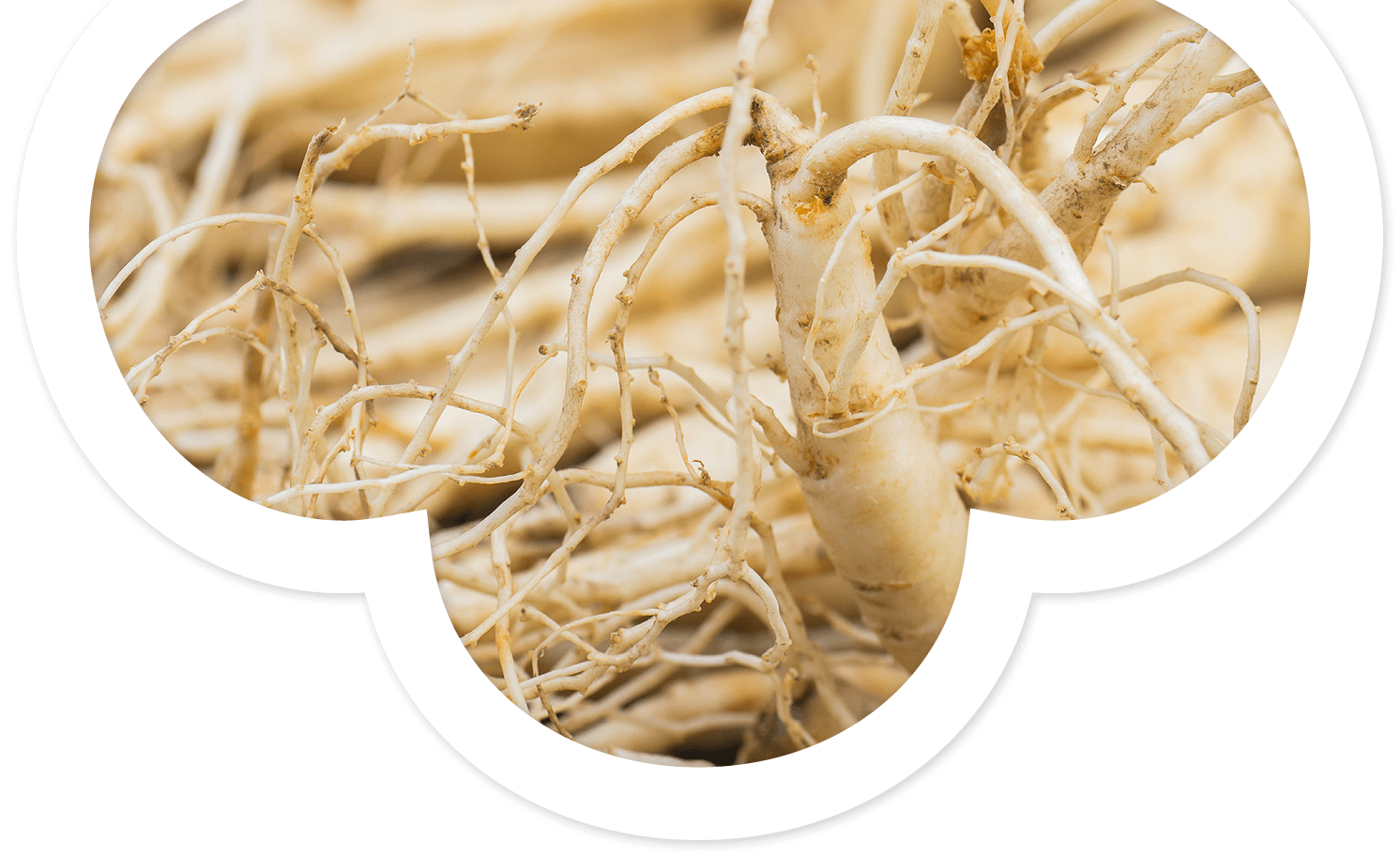 Ginseng belongs to the Araliaceae family and is native to China and Korea. The root has been used in herbal medicine for thousands of years as a tonic for any deficiency of qi, the vital life force.

It is a popular and widely used plant: in 2003 it was estimated that more than six million Americans regularly consumed ginseng products (RADAD & al, 2006).

Asian ginseng (Panax ginseng) is a neuroprotective agent that preserves the structural integrity of nerve cells (neurons). It improves memory and physical capabilities.

Ginseng protects neurons from the toxic effects of high concentrations of glutamate (a major neuromediator). Glutamate is toxic when it is present in excessively high quantities, for example during epileptic seizures and in cases of hypoxia, hypoglycaemia and neurodegenerative diseases. It overactivates NMDA receptors, causes oxidative stress and creates calcium over-influx. This promotes the synthesis of proteases, endonucleases and lipases, which damage cells. Panax ginseng significantly enhances neuronal survival by protecting their integrity and reducing free radicals.

In a study involving dairy cows, it was found to increase the efficacy of their innate immune system (HU & al, 2001). Panax ginseng aids vaccination response and reduces the frequency of respiratory diseases (SCAGLIONE & al, 1996).