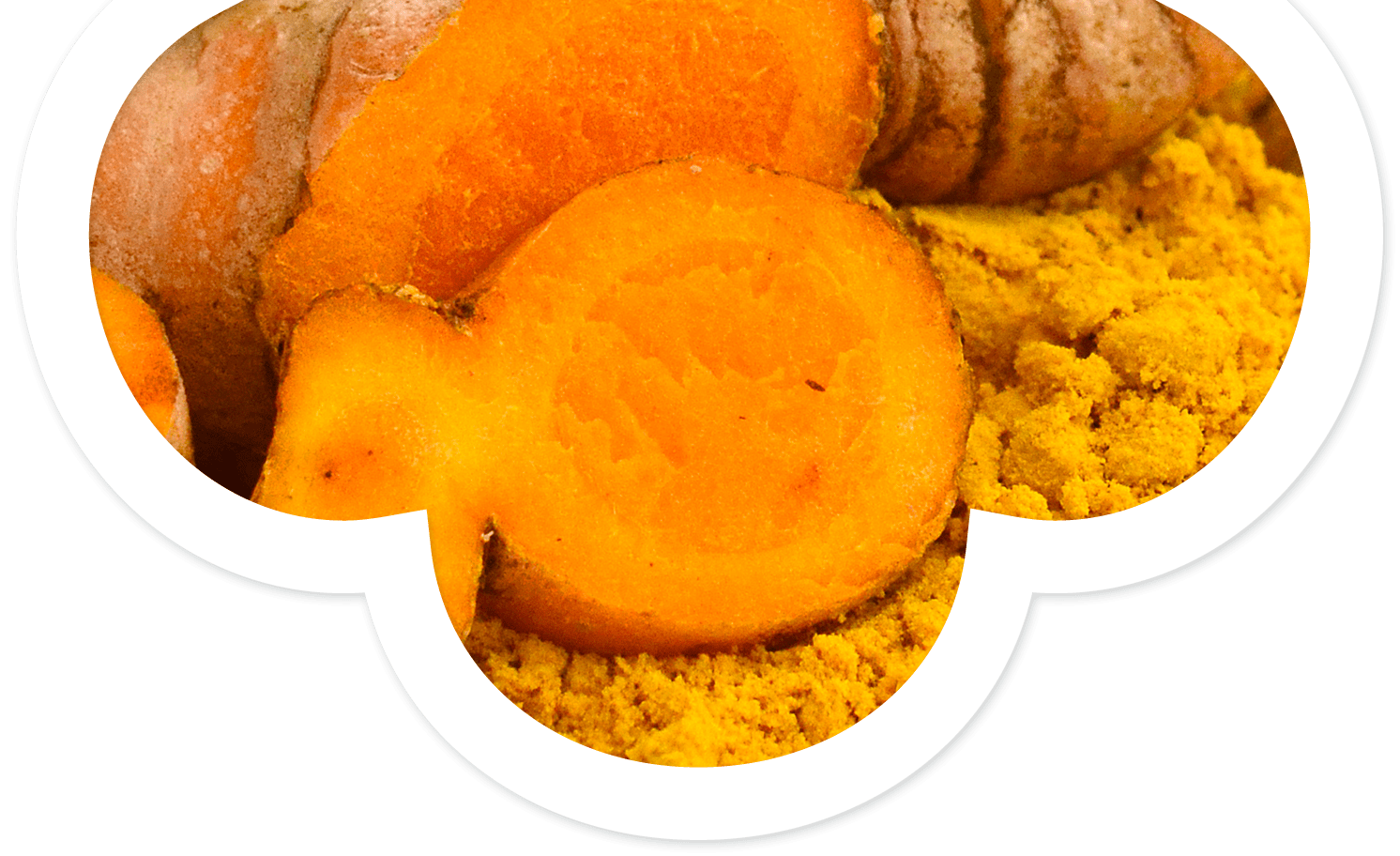 FROM THE KITCHEN TO THE HOSPITAL, WHERE, HOW AND WHY A SPICE HAS BECOME ONE OF THE MOST PROMISING AND STUDIED ASSETS IN THE WORLD!

Curcuma is a perennial rhizomatous herbaceous plant belonging to the Zingiberaceae family. It comes from South East Asia. In India, this sacred spice, obtained from crushed rhizomes, has been used for its many virtues for more than 4.000 years.

Its active ingredient is curcumin or diferuloylmethane, orange yellow pigment, which gives it its characteristic colour. Curcuma goes into the composition of curry.

Many researchers are working on its activities and how it works. At the beginning of May 2017, in the temple of science «Pubmed», the word curcuma is cited in 2893 articles and «Curcumin» 10166 times.

Curcumin still has many secrets to share. Do not deprive yourself of these numerous beneficial effects!
On the road to cure-cumin with The Spice of Life!