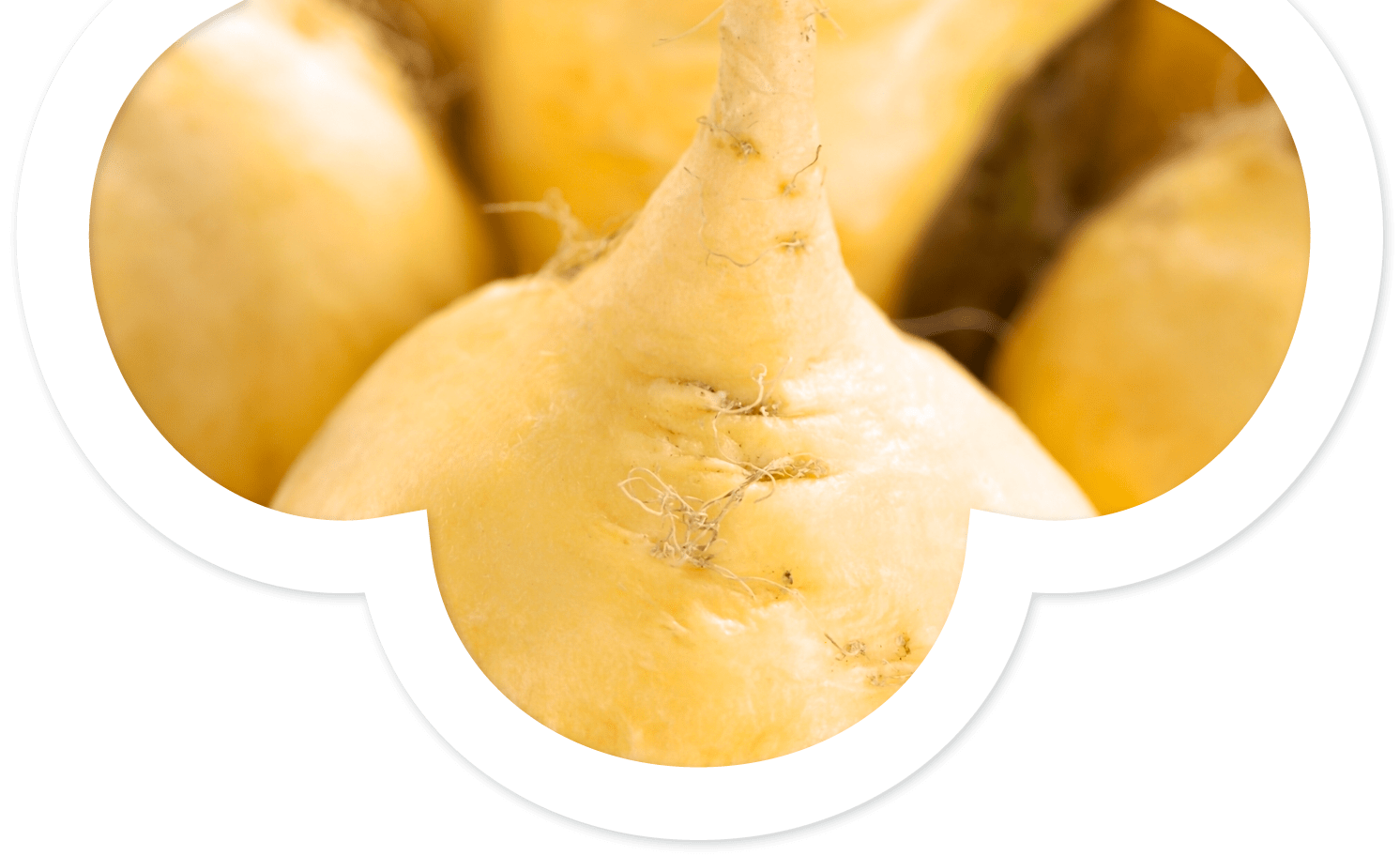 It is a plant originating from South America, more specifically from Peru and to a lesser extent, Bolivia. It is part of the Brassicaceae family (like radishes).

It is the plant of extremes! It grows in the highlands of the Andes at an altitude of 4,000 meters, under the harmful UV’s of the midday sun, very low temperatures at night, and strong winds. To survive in such a hostile environment, maca had to adapt. It has created unique metabolites of self-protection.

It is given special medicinal virtues that support reproductive function, sexuality and sporting recovery. The Maca tuber has a high nutritional value. It has been consumed for more than 4,000 years. The Incas already considered Maca as a powerful aphrodisiac.

It is rich in minerals such as calcium, potassium, but also iron, zinc, selenium, copper or manganese. It contains fatty acids and amino acids.

Daily consumption of 2,400 mg of maca for 12 weeks in humans suffering from erectile disorders, improves physical fitness and improves sexual well-being (ZENICO & al, 2009). The increase in sexual desire was also observed by GONZALES & al in 2010. In 2015, MELKINOVOVA & al demonstrated that maca increases sperm concentration and motility.

In mice, 2 polysaccharides of maca are effective in controlling muscle fatigue, at a dependent dose (LI & al, 2017).

For (QI YANG & al), in 2015, improving muscle recovery is partly related to the antioxidant capabilities of maca. It promotes the synthesis of glutathion peroxidase and SOD (super oxide dismutase), two very powerful antioxidant enzymes. Maca reduces lipoperoxidation in the liver, brain and muscles.

Maca greatly reduces the sensation of fatigue because it allows a privileged use by the metabolism of fatty acids as a source of energy rather than that of glycogen. This reduces the formation of lactic acid and therefore reduces muscle fatigue. In this study, the effects are better when the dose is higher.

Other studies in progress show a hepatoprotective capacity of maca through antioxidant and anti-inflammatory actions. It reduces TNF alpha and NF kappa B, as well as IFN gamma and several interleukins (ZHENG & al, 2018). It is, however, necessary to continue research in this area before drawing conclusions.

You now understand if you need a little heads up, Maca is made for you!!