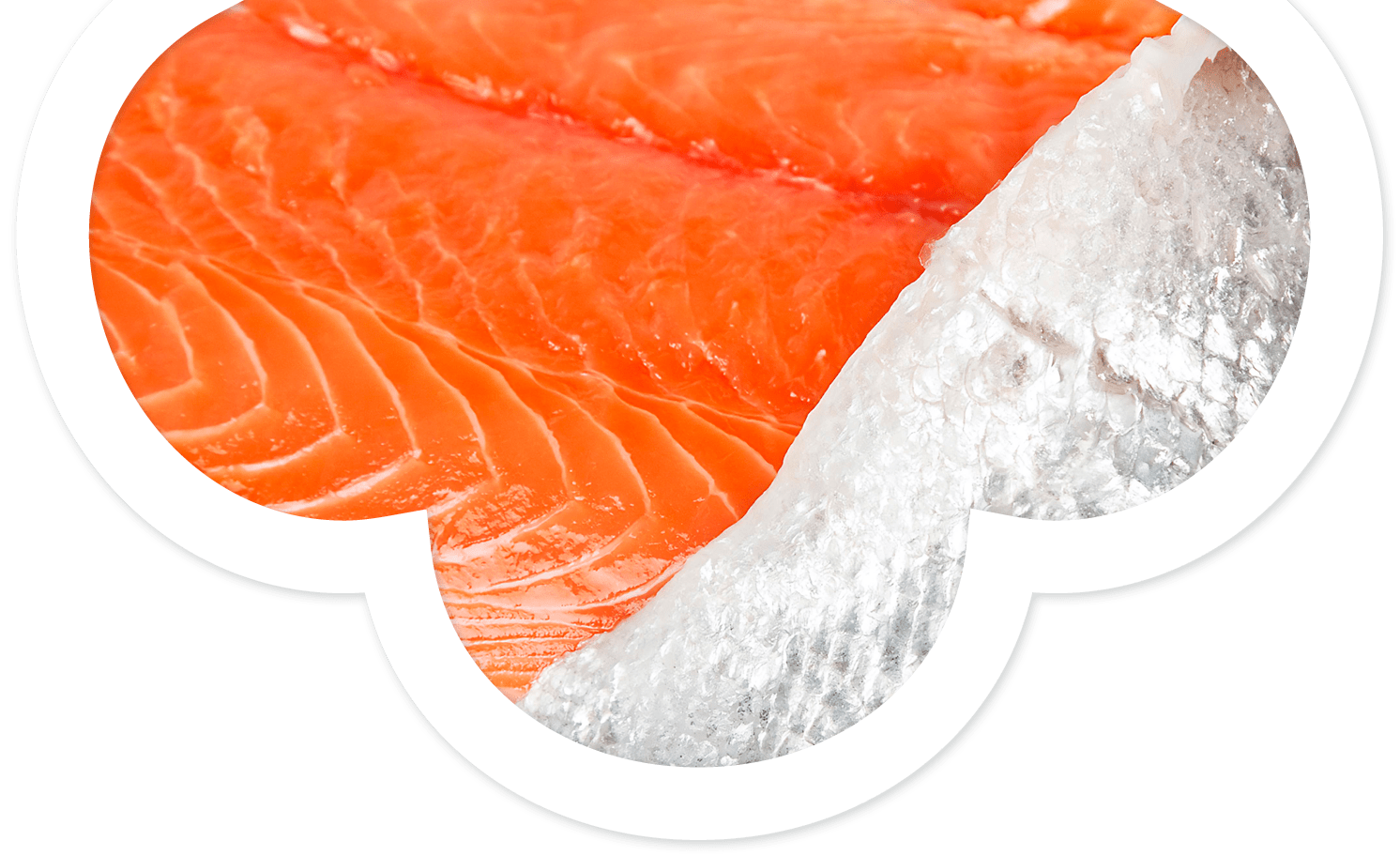 Omega-3 are a group of essential polyunsaturated fatty acids, “essential” meaning that they must be supplied in the diet.

WHAT ARE THE SOURCES OF THESE FATTY ACIDS?

Some vegetable oils (canola/rapeseed, camelina and linseed) are high in omega-3 fatty acids. These mostly provide ALA and contain very little EPA or DHA. The only real source of EPA/DHA is cold-water oily fish (e.g. salmon, herring, mackerel, sardines). EPA/DHA can be synthesised from ALA in several steps catalysed by enzymes. This production mechanism is not always the most efficient, however, which is why it is preferable to consume EPA and DHA directly from food and/or dietary supplements.

Omega-3 fatty acids have a number of vital functions in the body. Besides being a major source of energy, they are structural components of cell membranes. They also have anti-inflammatory and antioxidant properties. In practice, our pets’ diet is often very imbalanced and contains far too much omega-6 in relation to omega-3, which promotes a pro-inflammatory state and increases the risk of certain diseases. Supplementing their diet with omega-3 fatty acids can be beneficial in several respects.

A study involving dogs with dermatological problems such as atopic dermatitis and allergies found that the administration of omega-3 fatty acids significantly reduced their scores for lesions (erythema, alopecia, hyperpigmentation, excoriation) and for pruritus, and improved the animals’ condition (PALMEIRO & al, 2015 ; SHMALBERG, 2017).

Supplementation with omega-3 fatty acids has been found to improve the clinical signs of keratoconjunctivitis sicca (also known as dry eye syndrome), a chronic inflammatory disease that is very common in small dogs (SILVA & al, 2018).

In both dogs and cats with impaired kidney function, omega-3 fatty acid supplements administered as part of a special diet can increase survival time by up to 20% and reduce kidney damage (BROWN & al, 1998 ; PLANTIGA & al, 2005).

DHA is essential for learning and for proper brain, visual and auditory development during foetal life and the first few months after birth in both humans and pets (ZICKER & al, 2012 ; KWOCHKA, 2017).

In older animals, omega-3 fatty acids have a neuroprotective effect and help to combat oxidative stress and inflammation, which are among the main causes of cerebral ageing and senile dementia in both dogs (PAN & al, 2018) and cats (PAN & al, 2013).