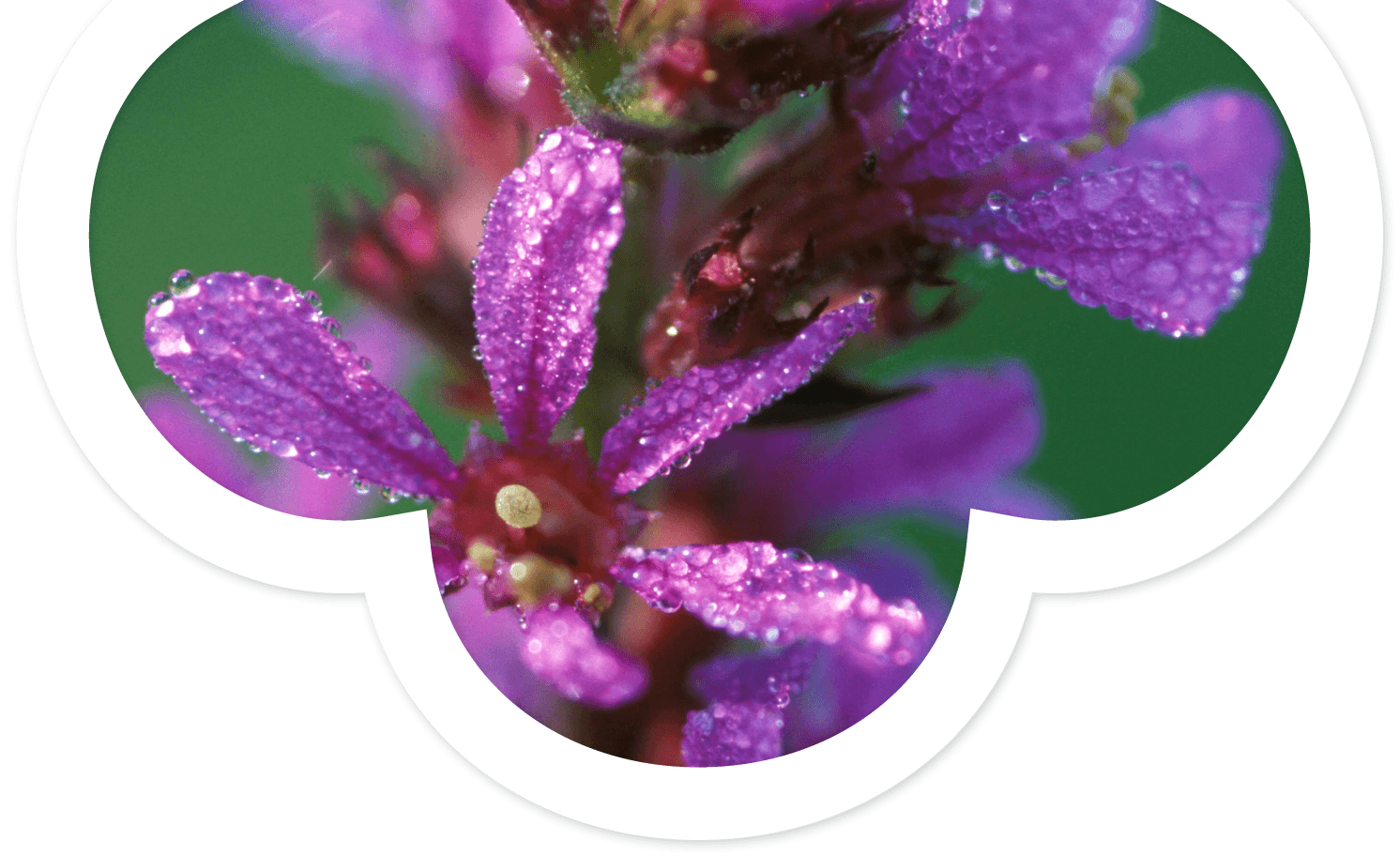 Purple loosestrife, or Lythrum salicaria, belongs to the Lythraceae family. It is native to Europe, Asia and North Africa, and grows near water sources. The dried flower heads are used in herbal medicine. Purple loosestrife is available as a mother tincture, standardised extract or fluid extract.

Dating back to ancient Greco-Roman times, it is traditionally used to treat diarrhoea, intestinal inflammation, haematuria, epistaxis, leucorrhoea and dysmenorrhoea.

According to Dr Jean-Michel Morel in his treatise on herbal medicine (Traité pratique de phytothérapie), purple loosestrife has antidiarrhoeal and antiseptic properties due to the presence of gallic tannins. It is also effective against dysentery. As it is very safe, it can even be administered to infants.

A 2006 study evaluated the anti-inflammatory and anti-nociceptive activities of purple loosestrife in vivo. Different extracts of Lythrum salicaria were investigated using two protocols commonly applied in mice to test the efficacy of anti-inflammatory treatments: hind paw oedema induction and p-benzoquinone-induced abdominal constriction. One L. salicaria extract resulted in a significant reduction in swelling compared with the control group, as well as dose-dependent pain inhibition (TUNALIER & al, 2006).

An experiment in mice demonstrated antidiarrhoeal activity against castor oil-induced diarrhoea. Purple loosestrife increases fluid and electrolyte absorption while slowing down gastrointestinal transit, confirmed by ex vivo experiments on rat duodenums. The effects are similar to those of loperamide but, unlike the latter, L. salicaria does not affect normal gastrointestinal transit (BRUN & al, 1998 ; PIWOWARSKI & al, 2015), which is a significant advantage.

In a 2013 study by Manayi & al, purple loosestrife showed excellent antioxidant activity, similar to that of vitamin E, probably due to its high tannin and flavonoid content.

Purple loosestrife inhibits superoxide anion formation and reduces lipid peroxidation (COBAN & al, 2003). The latter effect, which is similar to that of BHT (butylated hydroxytoluene), can be explained by the plant’s ability to scavenge free radicals such as DPPH (1,1-diphenyl-2-picrylhydrazyl), thus preventing an oxidative chain reaction (TUNALIER & al, 2006).

Purple loosestrife is a powerful ally in supporting intestinal health!