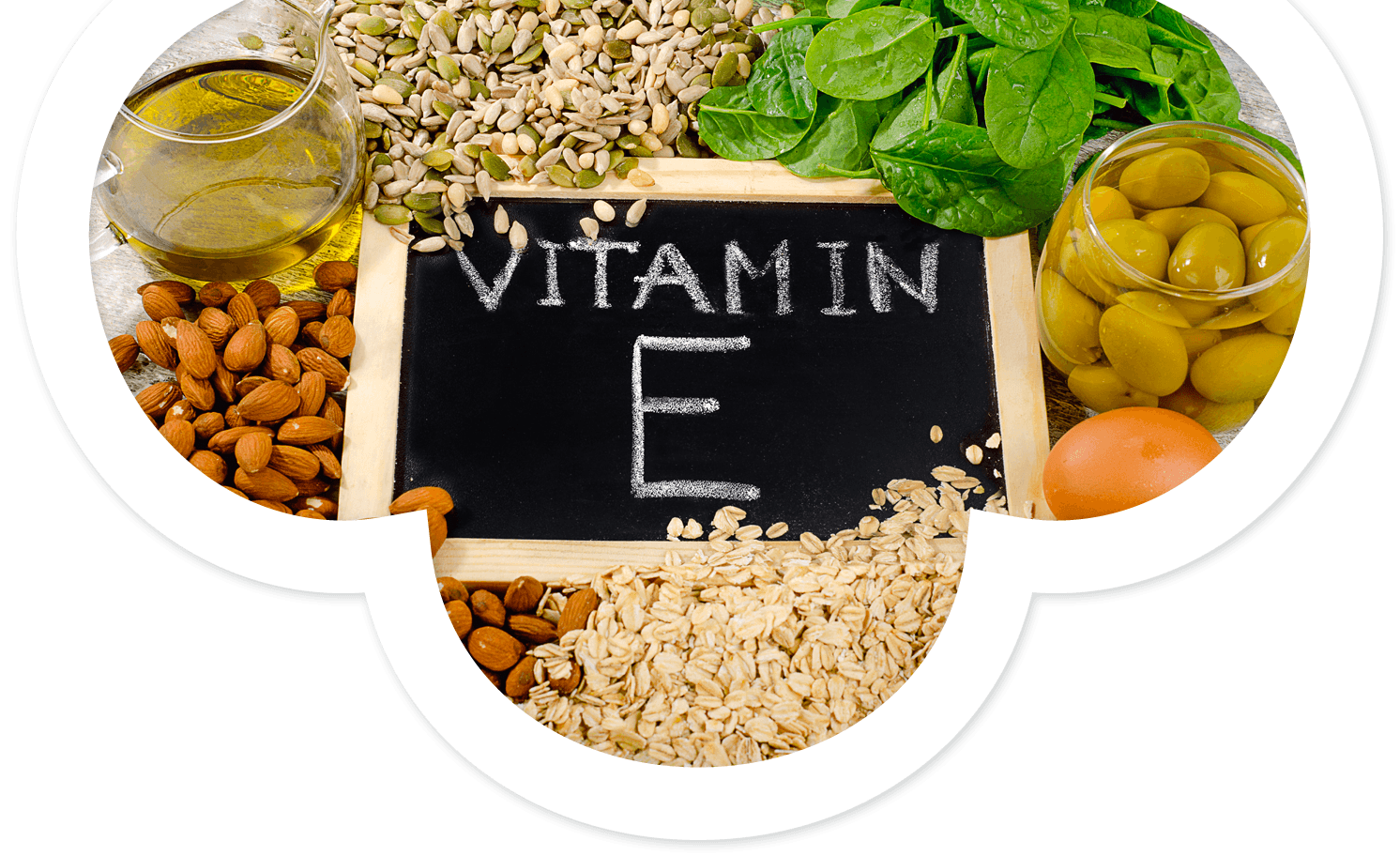 The term “vitamin” was coined in 1912, though the effects of vitamin deficiency, such as scurvy (resulting from a lack of vitamin C), were first recorded in around 1150 BC. Vitamin E is not actually a vitamin but a compound with vitamin activity. It is chemically identical to a vitamin, but can have different physiological effects because it exists in different forms, or isomers.

Vitamin E is a liposoluble vitamin, which means it is soluble in fat. Alpha-tocopherol (α-tocopherol) is the most biologically active form. It occurs only in plants, with the highest concentrations of tocopherols found in green leaves, and those of tocotrienols (another form of vitamin E) in wheatgerm and bran.

Only small amounts are found in animal tissues. The primary dietary sources of vitamin E are vegetable oils, followed by seeds and cereal grains.

This is the most important property of vitamin E. It is an excellent antioxidant in the body, but is also used as an antioxidant in food in the form of gamma-tocopherol (γ-tocopherol). It acts in conjunction with glutathione peroxidase to protect cells from oxidation, specifically by acting on cell membranes and reducing lipid oxidation. It is the first line of defence against oxidation (HAND & al, 2010).

This antioxidant action is particularly beneficial in patients with heart or kidney problems and to alleviate the effects of ageing.

Vitamin E is a powerful inhibitor of mammary and colon cancer in rats. Due to its anti-proliferative activity, it has potential therapeutic efficacy against existing neoplastic processes (HAND & al, 2010).

An experiment in mice has shown that α-tocopherol supplementation reduces the susceptibility of aged mice to Streptococcus pneumoniae lung infection. The effects were found to be more severe in aged mice than in young mice, in part due to more significant polymorphonuclear leukocyte (PMN) migration into the airways.