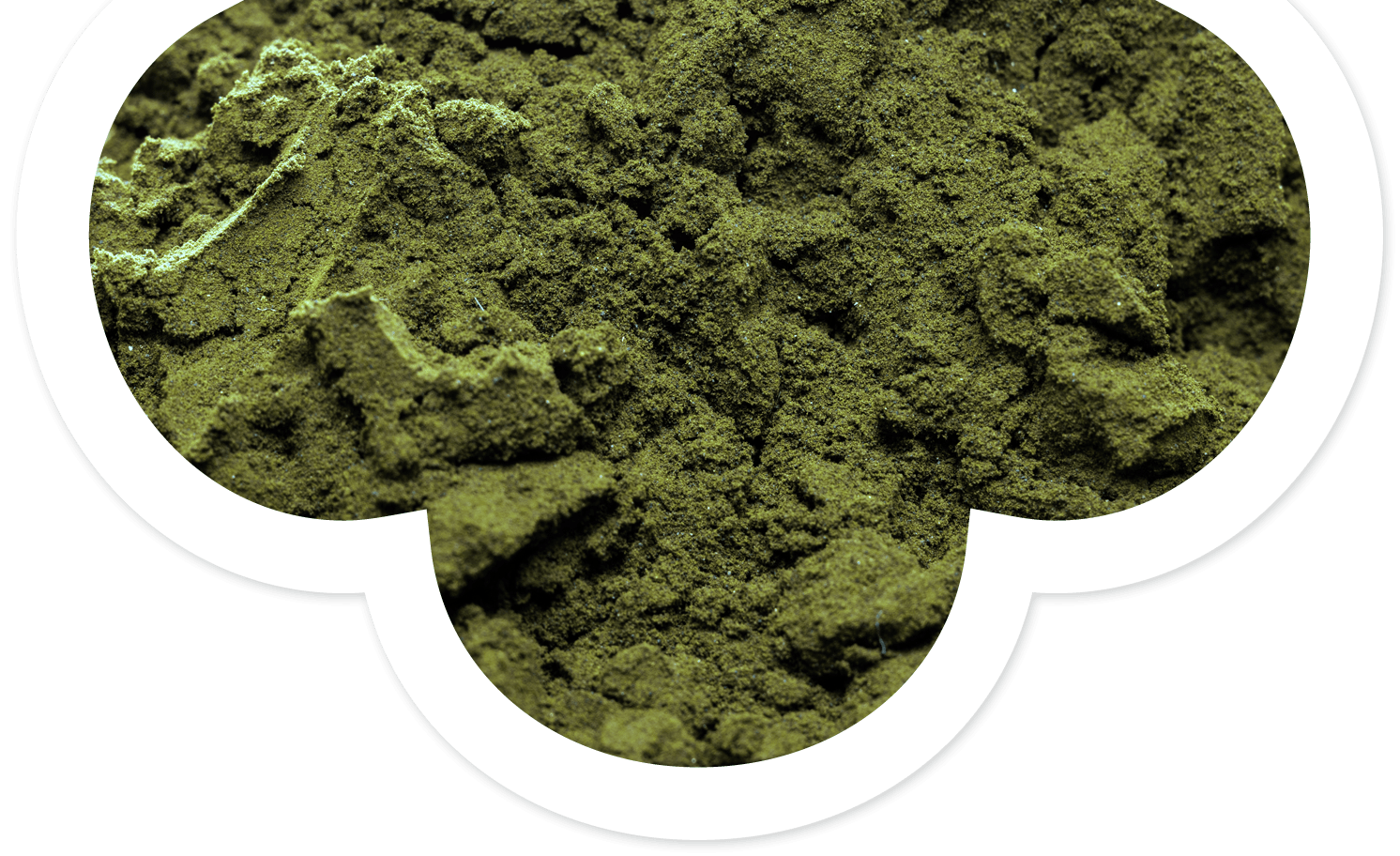 hlorella is a green single-celled microalga belonging to the Chlorellaceae family, and grows naturally in freshwater lakes and streams.

It is prized for its nutritional qualities, with almost 50% protein (it contains 19 amino acids, including all those essential to human and canine health), 30% carbohydrate, 10% fat (including alpha-linolenic acid, an omega-3 fatty acid) and 10% fibre.

Rich in minerals (iron, potassium, magnesium, calcium, zinc and selenium) and vitamins (C, E, K and B-group vitamins, including B12), it is also a good source of carotenoids, lutein and chlorophyll.

All in all, an amazing cocktail!

Chlorella is very effective at binding to heavy metals (chelation). In rats with cadmium (Cd) toxicity, chlorella supplementation has been found to increase renal and especially faecal excretion of Cd. A decrease in tissue Cd concentration was observed due to reduced absorption in the intestinal mucosa (SHIM & al., 2008).

An in vitro study has shown that a combination of chlorella and Ganoderma lucidum (reishi) is more potent than dexamethasone. Levels of pro-inflammatory mediators (nuclear factor-kappa B (NF-κB), inducible nitric oxide synthase (iNOS) and cyclooxygenase-2 (COX-2)) fell by 85%, 97% and 97%, respectively, compared with the control group. Nitric oxide and tumour necrosis factor alpha (TNF-α) decreased by 74% and 50%, respectively. There was also a significant reduction in lipid peroxidation, related to higher levels of glutathione, glutathione peroxidase and superoxide dismutase (SOD); the effects were greater than with dexamethasone (MARWA & al., 2018).

Including chlorella in the diet of dairy goats has been found to enhance their blood antioxidant activity. There was an observed increase in SOD and catalase in the blood (10% and 18.6%, respectively), a 69% increase in SOD in the milk and a 24% reduction in protein carbonyls (TSIPLAKOU & al., 2018).

The lutein in chlorella protects red blood cells from oxidative stress. With age or disease, the membrane phospholipids of red blood cells undergo peroxidation, which alters their ability to transport oxygen, especially to the brain, increasing the risk of dementia. Lutein is essential because it is incorporated into red blood cells, protecting them by acting as an antioxidant (MIYAZAWA & al, 2013).

A double-blind study by HEE RYU & al. (2014) showed that intake of chlorella supplements reduces cholesterol and triglyceride levels. The effect was related to carotenoid and lutein concentrations, which limit intestinal absorption of triglycerides.

Daily intake of 5 g of chlorella by healthy adults for two months boosts the immune system. This is because natural killer (NK) cell activity is increased, as is synthesis of the cytokines interferon-gamma (INF-γ), interleukin-12 (IL-12) and interleukin-1β (IL-1β) (HYUN KWAK & al., 2012).

Chlorella acts against cancer by inducing apoptosis via expression of p53, BAX and caspase-3 proteins and by reducing the expression of Bcl-2 protein (YUSOF & al., 2010).

In a study of rats with liver cancer, chlorella decreased the expression of Bcl-2 and increased that of caspase-8, which was correlated with decreased abnormal hepatocyte proliferation and increased apoptosis (MHOD AZAMI & al., 2008).

Fancy a mojito or a piña colada? You’d be better off with a chlorella cocktail!