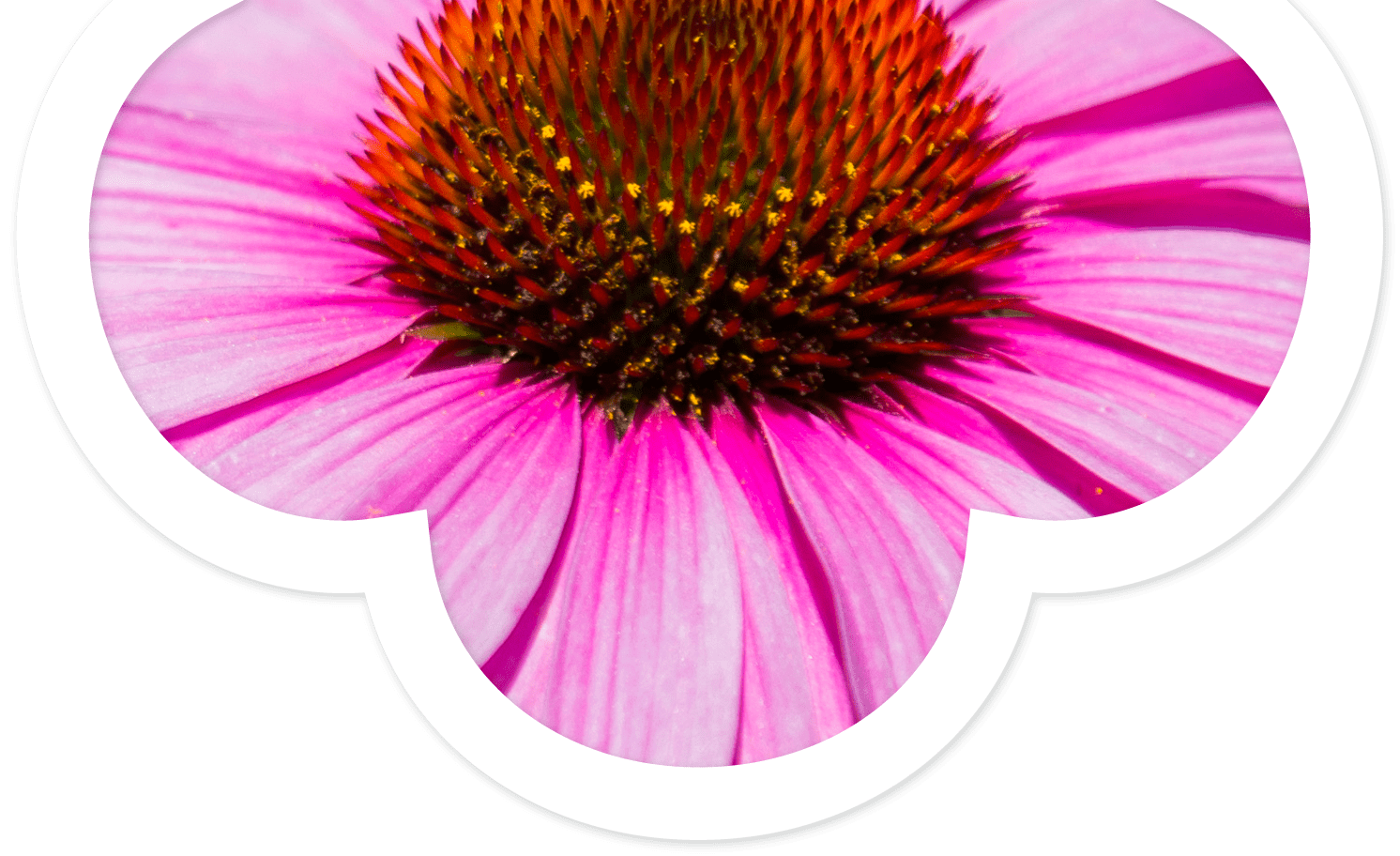 Echinacea is a plant native to North America. Native Americans have been using it to treat snake wounds and bites since ancient times.

It was in 1800 that it appeared in western medical practices. It is part of the Asteraceae family. The entire plant is used: root, leaves and upper parts.

Its mode of action is complex and not yet fully elaborated. It acts on immunity on several levels. It stimulates phagocytosis of macrophages (ZHAI & al, 2009). It causes an activation of PMNs, NKs. It increases the number of T and B lymphocytes, as well as the secretion of cytokines (ZHAI & al, 2007).

It is an IMMUNOMODULATOR plant: depending on the immune status of the individual, it induces different effects. For example, if a subject has an interleukin deficiency (IL-8), monocytes and interferon gamma, their rates are increased from 18% to 49%, while no changes are observed in subjects with normal concentrations (RITCHIE & al, 2011).

In mice, several studies have shown protective radio action and better recovery after gamma radiation treatment (ABOUELELLA & al, 2007). In 8 weeks, rats with prostate hyperplasia, it has been noted a decrease in size as well as improved tissue structure (SKAUDICKAS & al, 2009).

The echinacea has an antiviral activity thanks to an action on inositol. (SENCHINA & al, 2010). It also inhibits pro-inflammatory cytokines induced by respiratory viruses such as rhinovirus type 1A (SHARMA & al, 2010). It protects against herpes virus simplex infection by interfering with the virus’s attachment to the cell (GHAEMI & al, 2009).

Several studies have shown an anti-adhesive activity against Campylobacter jejuni (BENSCH & al, 2011). It also inhibits the proliferation of Streptococcus pyogenes, Haemophilus influenzae and Legionnella pneumophila, while decreasing their proinflammatory activity. It is less effective against Staphylococcus aureus but still acts against inflammation induced by bacteria (SHARMA & al, 2010).

Echinacea hexanes have a toxic photo activity against fungi, such as Candi-da albicans (BINNS & al, 2010) but also against Cryptococcus neoformans by altering its cell wall (MIR-RASHED & al, 2010).

Its activity is mainly marked against nematodes in pigs and goats (LANS & al, 2007). It also inhibits the proliferation of Leishmania donovani and Leishmania major (CANLAS & al, 2010).

Finally, it is very useful for fighting upper respiratory tract infections. It can be used preventively and there is a decrease in the incidence of infections, the number of days of illness and the taking of painkillers; or acutely and its use improves general condition and decreases associated symptoms (JAWAD & al, 2012).

Generally speaking, the earlier it is used, the more effective it is (WOELKART & al, 2008).

Therefore, don’t wait any longer and give your immunity a boost!