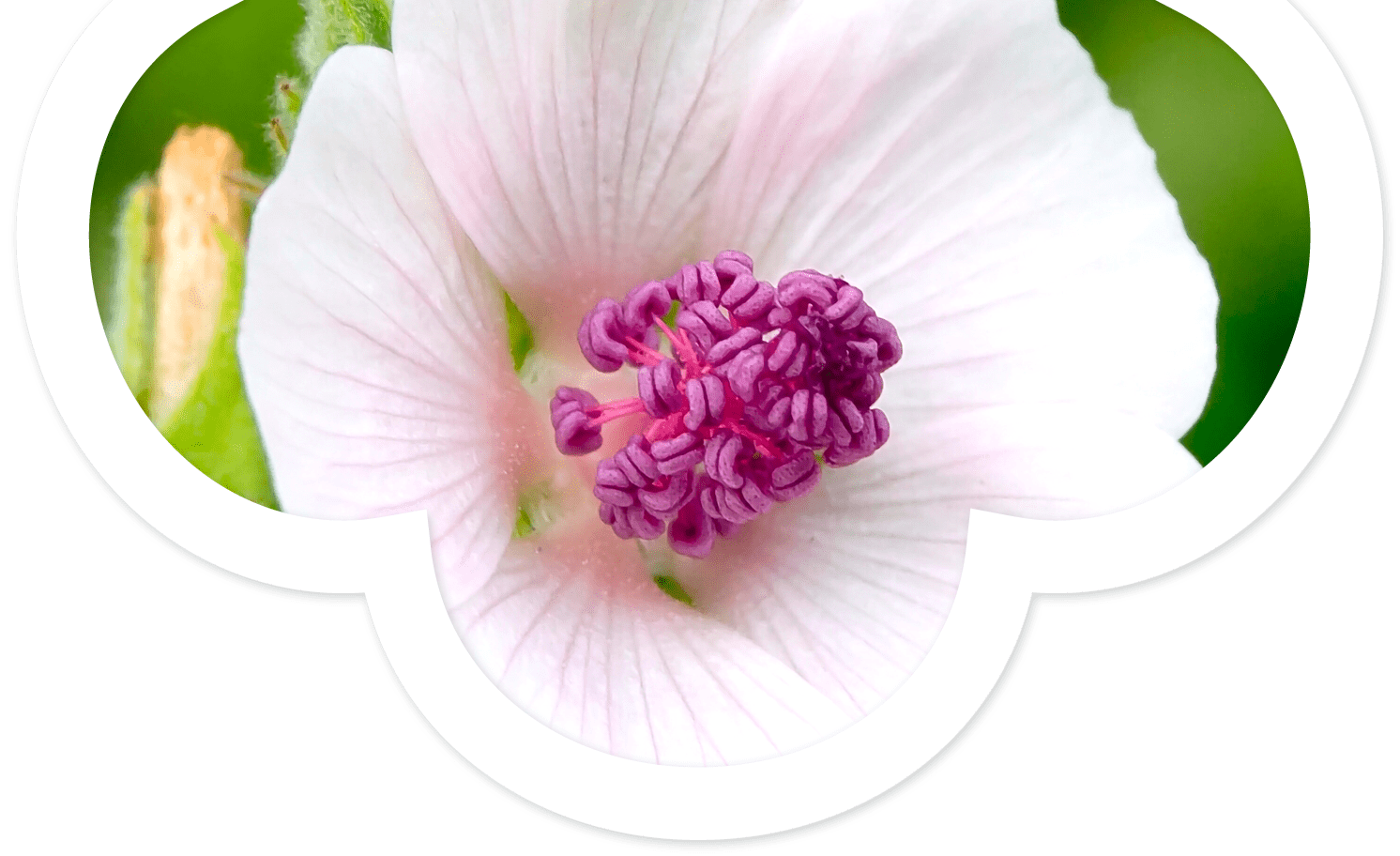 Marshmallow belongs to the Malvaceae family. This perennial plant is indigenous to Europe and is also found in Asia, Africa and Russia. It grows mainly in wetlands, for instance in salt marshes and on the Atlantic coast. The leaves, flowers and roots are used in traditional herbal medicine.

The plant can grow up to more than a metre in height. Its short-stemmed flowers are white to pale pink in colour, which is why it is also known as white mallow in some areas.

The active ingredients are mucilaginous substances (arabinogalactans and galacturonorhamnanes) and flavonoids. The roots have a higher mucilage content than the flowers (5-20% versus 6-9%).

Marshmallow has been used for centuries to treat coughs. The European Medicines Agency (EMA), the European Scientific Cooperative on Phytotherapy (ESCOP) and Commission E (the scientific advisory board of the German Federal Institute for Drugs and Medical Devices) accept the traditional use of marshmallow root in the symptomatic treatment of mouth and throat irritation, dry cough and mild gastrointestinal discomfort. In addition, the World Health Organisation (WHO) describes its use as an emollient for dry skin and wounds.

Marshmallow has anti-inflammatory and antioxidant effects. It greatly boosts the activity of superoxide dismutase, a major antioxidant enzyme. It decreases the severity of acute and chronic inflammation caused by carrageenan and formalin, respectively (HAGE-SLEIMAN & al, 2011 ; ZAGHLOOL & al, 2015).

It reduces the intensity of inflammation and significantly improves healing. In addition, it is an anti-infective agent against gram-positive bacteria (REZAEI & al, 2015).

Marshmallow increases macrophage migration in damaged and inflamed mucous membranes. Macrophages are one of the first lines of defence against pathogens in the mucosa. Marshmallow can therefore enhance the resolution of inflammation and wound healing (BONATERRA & al, 2020).

Marshmallow root extract has a stimulating effect on cell viability and proliferation of epithelial cells, hence its traditional use to promote regeneration of irritated tissue (DETERS & al, 2010). It can therefore be useful for treating skin inflammation and irritation.

In addition, its mucilaginous properties provide moisturising and nutritional effects on skin cell proliferation, and its use has been proposed to accelerate skin tissue repair (GHASEMINEZHAD & al, 2020).

Marshmallow root extract owes its effectiveness to the bio-adhesive effects of polysaccharides, which form a protective film coating on the oropharyngeal mucosa. This helps alleviate local irritation and inflammation and limits invasion by micro-organisms (BENBASSAT & al, 2013 ; SENDKER & al, 2017)..

Polysaccharides extracted from marshmallow root have been shown to have dose-dependent antitussive properties in both cats and guinea pigs. Polysaccharide ILK has the highest cough-suppressant effect. These properties are similar to those obtained with codeine under identical conditions, and seem to be linked to action on the serotonergic receptors (SUTOVSKA & al, 2007 ; SUTOVSKÁ & al, 2009 ; SUTOVSKA & al, 2011)..

In humans, the use of marshmallow root in a syrup preparation has been found to be effective in reducing dry cough and oropharyngeal symptoms within 10 minutes (FINK & al, 2018).