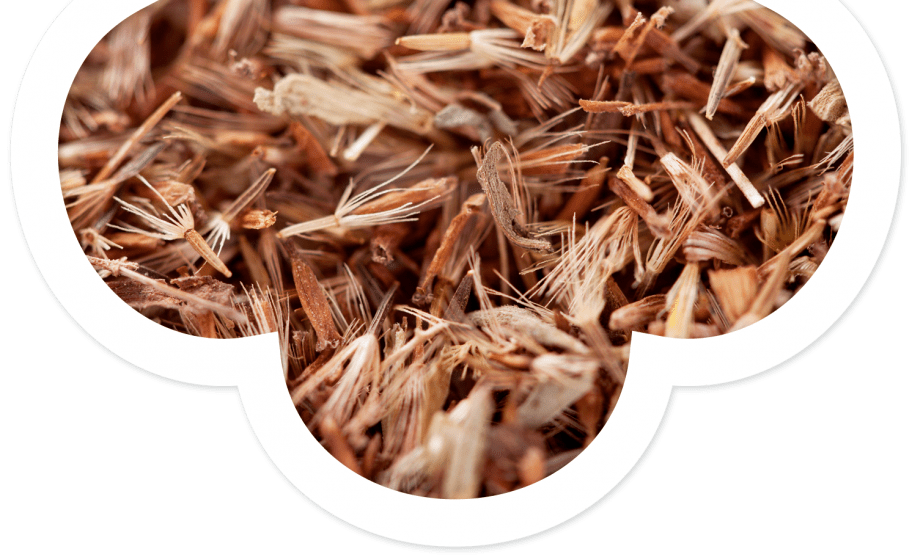 Palmarosa Cymbopogon martinii is a tall herbaceous plant that belongs to the Poaceae family. It is originally from India and Nepal. It is sometimes called Indian geranium because of its plume flowers resembling those of geranium. The smell of its leaves and flowers is reminiscent of a scent close to that of a rose.

Palmarosa has been used in traditional Indian medicine for thousands of years for its tonic, antiseptic and healing properties.

It contains various chemical compounds including monoterpene alcohols (70-85% geraniol), esters such as geranyl acetate (7-9%), monoterpenes and sesquiterpenes. Its essential oil has many beneficial effects.

In addition, palmarosa essential oil and geraniol exhibit antimicrobial activity against Propionibacterium acnes without modulating the immune response of T helper (Th) 1 and Th17 cells stimulated by this bacterium. This is interesting because this microorganism also called Cutibacterium acnes is associated with the pathogenesis of acne (ANDRADE & al., 2016).

In addition, they induce a modification of the bacterial proteome, affecting the protein content necessary for bacterial survival and growth. In addition, they exhibit an anti-inflammatory effect in keratinocytes by stimulating the production of interleukin-10 (MURBACH TELES ANDRADE & al., 2018).

Palmarosa essential oil has an antiparasitic effect in vitro against trichostrongylids from naturally infected sheep (95 % Haemonchus contortus and 5 % Trichostrogylus spp.). It has an inhibitory effect on these parasites demonstrated in various tests including egg hatching, larval development, feeding inhibition and larval sheath migration (KATIKI & al., 2011). They show an antiparasitic effect in vitro against the nematode Caenorhabditis elegans (KUMARAN & al., 2003).

Palmarosa essential oil exhibits a broad spectrum antifungal effect in vitro. In particular, it inhibits the growth of Tricophyton (T) rubrum and Microsporum (M) gypseum with minimum inhibitory concentrations lower than those of griseofulvin, ketoconazole and fluconazole. In addition, it exhibits an antifungal effect against Aspergillus (A) flavus, A. niger, A. fumigatus, Microspoum audouni, M. nanum, Tricophyton mentagrophytes, T. verrucosum and T. violaceum (DELESPAUL & al., 2000 ; PRASAD & al., 2010). It reduces the activities of the elastase and keratinase enzymes of Aspergillus fumigatus and Trichophyton rubrum. This is interesting because it is known that the production of elastases and keratinases is involved in the pathogenesis of Aspergillus and Tricophyton infections (KHAN & AHMAD, 2011).

In addition, it exhibits in vivo efficacy against superficial fungal lesions induced in guinea pigs. It reduces skin redness, the severity of lesions and the appearance of dermatophytes when applied to the skin (PRASAD & al., 2010).

Geraniol exhibits anti-cancer effects in vitro and in vivo on different types of cancer.

It decreases the development of colon cancer induced by dimethylhydrazine in vivo in rats. It reduces the number of total aberrant crypt foci and increases the level of apoptosis in the colon (VIEIRA & al., 2011).

Geraniol exhibits an anti-inflammatory effect in macrophages activated with lipopolysaccharide (LPS) in vitro by inhibiting many pro-inflammatory mediators: it inhibits the production of nitrogen oxide and prostaglandin E2 in a dose-dependent manner, it decreases the levels of gene and protein expression of cyclooxygenase-2 induced by LPS, and reduces the activation of the nuclear factor κB (SU & al., 2010).