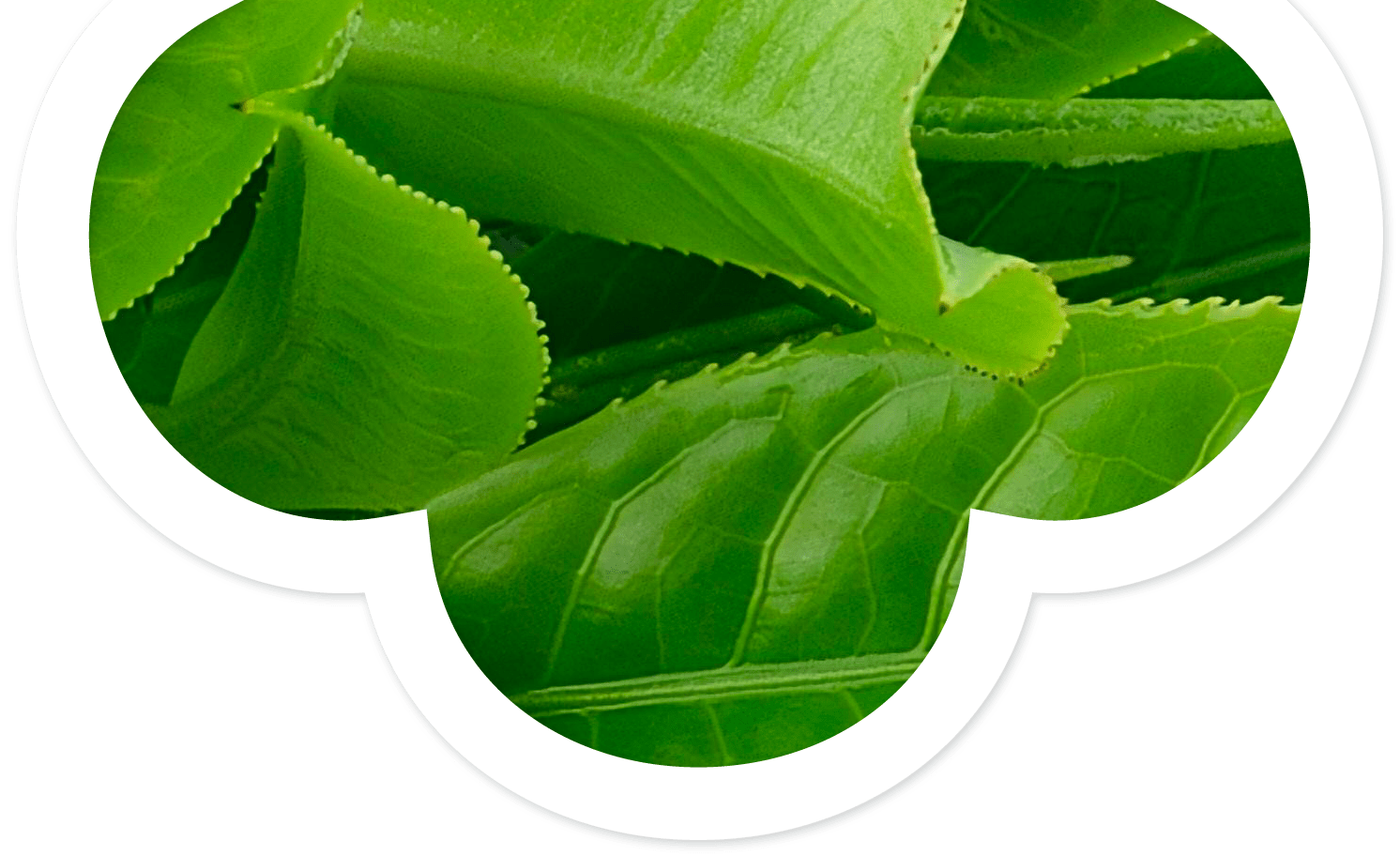 The tea tree is a persistent leaf shrub of the theaceae family. Its leaves have been used for its medicinal properties for more than 5,000 years.

Tea is the second most consumed drink in the world after water.

Green tea leaves are rich in minerals, vitamins, caffeine, theobromine, and polyphenols (catechins). The most important of the catechins is epigallocatechin-gallate or EGCG. Most studies focus on it, but green tea has more than 2,000 known polyphenols!

EGCG is an antioxidant 30 to 100 times more powerful than vitamin C or E!

Several studies in both humans and animals have shown that daily consumption of 250 mg of catechins reduces cholesterol (LDL), lipoperoxidation and increases the removal capacity of free radicals (ERBA & al, 2005).

The EGCG easily passes the blood-meningeal barrier and plays a role of heavy metal chelator (Zinc, Iron, Copper). This reduces the risk of formation of amyloid peptide and reduces inflammation by acting on IL-1 beta and TNF alpha (CHENG-CHUNG WEI J, 2016) and also fights against the aggregation of Tau proteins (HEIKE JUOBST, 2015).

Which is very interesting in delaying the evolution of neurodegenerative pathologies such as Alzheimer’s disease or Parkinson’s disease.

Through inhibitory cell adhesion of pathogens, EGCG opposes the proliferation of Helicobacter pylori and reduces inflammation of the stomach mucosa (STOICOV & al, 2009).

Studies have shown that EGCG inhibits both nitric oxide and COX-2 synthesis, resulting in decreased mediators of inflammation such as PGE2 (SINGH & al, 2002), inhibition of metalloproteases 1 and 13, and decreases the degradation of proteoglycans and type 2 collagen (ADCOKCS, 2002).

EGCG causes a marked inhibition of mediators such as COX-2, IFN gamma and TNF alpha in mice.

It improves the quality of vascular endothelium and reduces thrombogenesis by decreasing platelet adhesion (BHARDWAJ & KHANNA, 2013).

EGCG reduces the cellular apoptosis of kidney tubules, acting directly at the mitochondrial level (on BaxBcl2 genes) and at the endoplasmic reticulum level by inhibiting caspase 12 (HUI & al, 2016).

In addition, green tea also protects against uro and nephrolithiasis because it inhibits the expression of alpha-enolase, an enzyme that allows the adhesion of calcium oxalate crystals. This reduces the risk of cystitis and calculations (KANLAYA & al, 2016).

Generally speaking, in humans, consumption between 0.6 and 1.5 litres per day is ideal for these effects.
SO DRINK AND ELIMINATE!