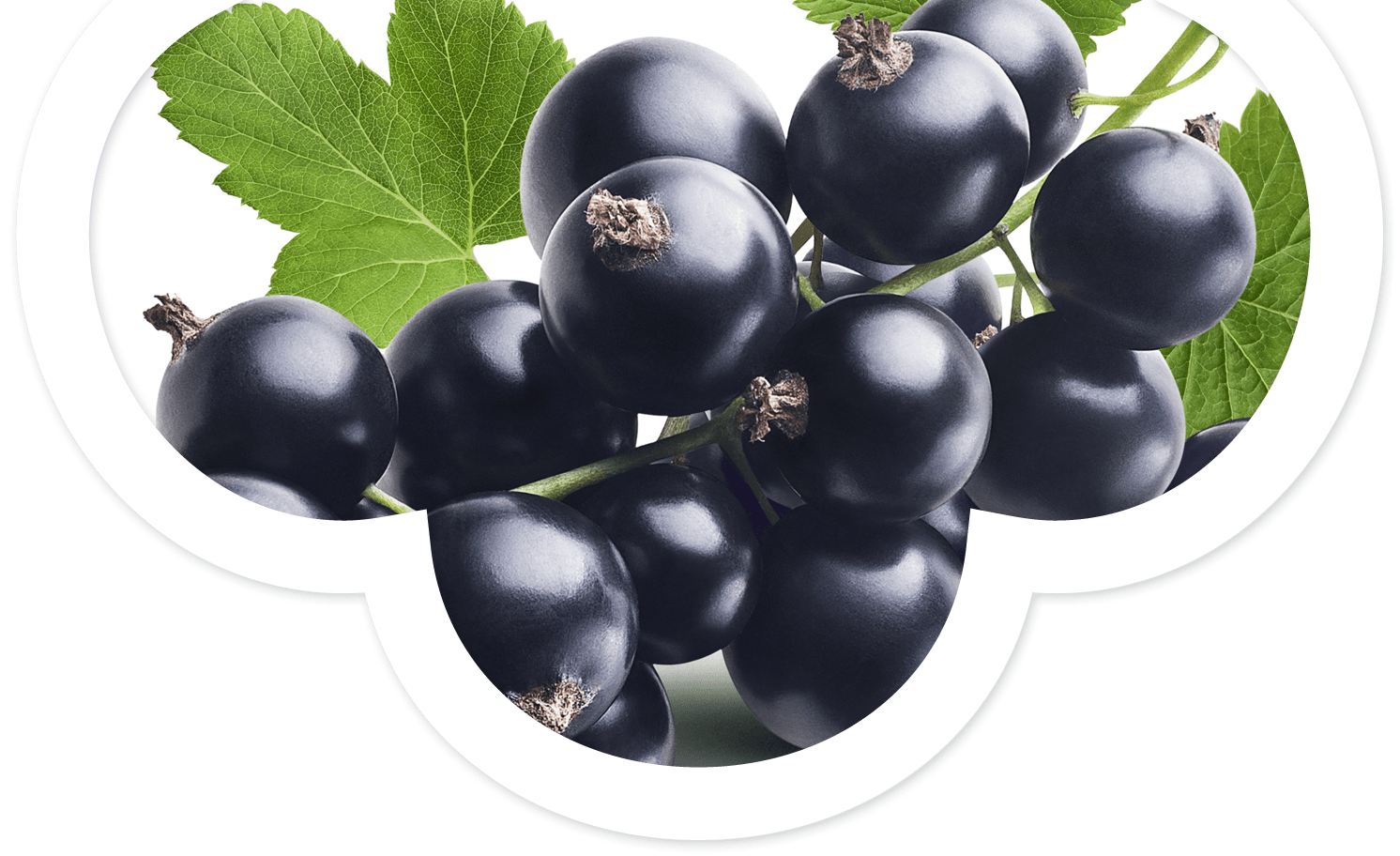 Blackcurrant (Ribes nigrum), also known as cassis, belongs to the Grossulariaceae family. Grown for its berries, this dense, bushy shrub reaches a height of 1 m to 1.5 m.

It is native to central Europe and northern Asia, with Europe accounting for 80% of global blackcurrant production. In the Middle Ages, blackcurrant was prized for its therapeutic properties, particularly as a treatment for gout. Today, the leaves, berries and buds are used in herbal medicine.

Also in rats, proanthocyanidins isolated from blackcurrant leaves inhibit leukocyte infiltration. This mechanism can be explained by inhibition of endothelial cell adhesion molecules (ICAM-1 and VCAM-1) and by modulation of TNF-α-induced VEGF transcription (GARBACKI & al., 2005).

In mice with atopic dermatitis, blackcurrant and its polysaccharides improve clinical symptoms of atopy in a dose-dependent manner. In addition, they reduce serum immunoglobulin E levels and the infiltration of mast cells into the dermis (ASHIGA & al., 2017).

Blackcurrant anthocyanins stimulate regeneration of rhodopsin, a pigment that helps the eye adapt to light and darkness, thus improving night vision. At a dose level of 50 mg/day, they alleviate the symptoms of computer work-related visual fatigue (NAKAISHI & al., 2000).

A study of blackcurrant consumption in rats and rabbits showed that intact anthocyanins are present in the cornea, aqueous humour, ciliary body, sclera and retina. This means that anthocyanins pass through the blood-retinal barrier and blood-aqueous barrier (MATSUMOTO & al., 2006).

Anthocyanins improve blood flow to the optic nerve and retina, while increasing and normalising levels of plasma endothelin-1 in glaucoma patients (OHGURO & al., 2007).

Cassis polysaccharides (CAPS) have an immunostimulatory effect. They have macrophage-stimulating and antitumour activity and a stimulatory effect on the release of interleukin 2 (IL-2), IL-10, interferon gamma (IFN-γ) and IL-4 from splenocytes in vitro (TAKATA & al., 2005). They stimulate dendritic cells through TLR4 signalling and activate Th1-type cytokine release (ASHIGAI & al., 2017).

In human cells in vitro, blackcurrant limits DNA damage induced by hydrogen peroxide and therefore has an antigenotoxic effect, since it reduces genomic instability. These effects appear to be related to polyphenols, L-ascorbic acid and other antioxidant compounds (YAMAMOTO & al., 2014).

Blackcurrant has been shown to increase nitric oxide (NO) synthesis. It induces endothelium-dependent vasorelaxation via the histamine H1-receptors on the endothelium (NAKAMURA & al., 2002).

A mixture of blackcurrant, olive and fish oils reduces levels of serum thromboxane B2, a metabolite of thromboxane A2, which is a prothrombotic factor released by activated platelets. It therefore lowers the risk of thrombus formation and cardiovascular events (PREGNOLATO & al., 1996).

For a delicious pick-me-up, think blackcurrant!