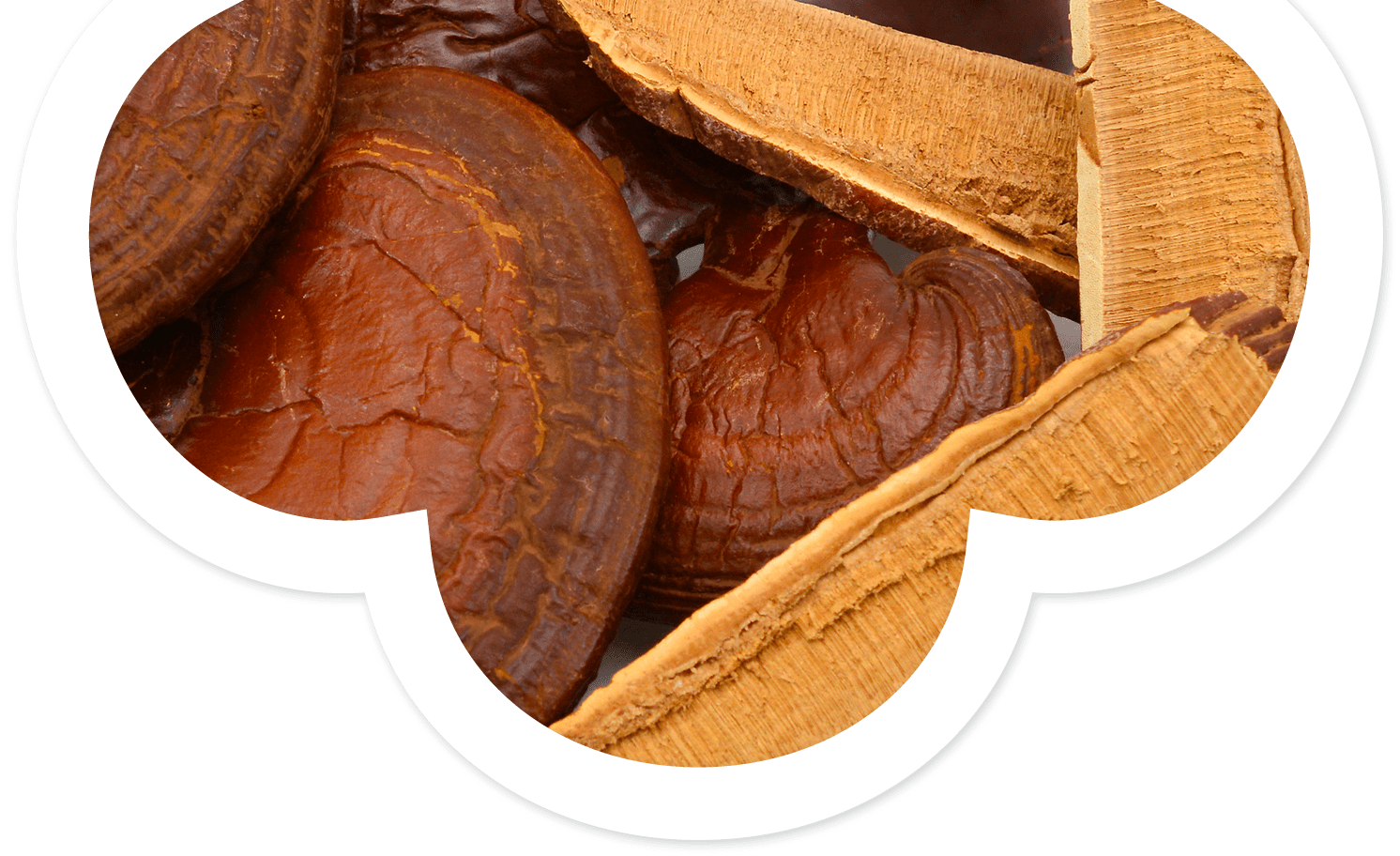 Also known as Lingzhi in China and Japan, this saprophyte parasite mushroom grows on dead or living wood in temperate or subtropical forests in China, Europe, North and South America.

It has been used in traditional Chinese medicine for 2500 years to treat chronic hepatitis, nephritis, hypertension, cancers and stimulate immunity.

It contains more than 400 active compounds, whether in its fruit, spores or mycelium, including triterpenoids, polysaccharides, steroids, fatty acids, proteins and many minerals and vitamins (Zn, Se, P, K, Ca, Mg, vitamins B and D).

As for beta-glucans, immune system stimulation is the main mechanism of their anti-tumour activity (XU & al, 2011).They improve immunity, stimulate the activity of cytotoxic NK and T lymphocytes, and induce apoptosis of cancer cells (ZHANG & al, 2007) they also stimulate B lymphocytes and dendritic cells (PAN & al, 2013).

In mice, the administration of Reishi has helped to control the side effects of cyclophosphamide (which causes immunosuppression as early as 3 days), allowing for the recovery of bone marrow functions as of 5 days, a resumption of haematopoiesis and the synthesis of T and B lymphocytes as of 8 days. It improves the phagocytosis and anti-tumour activity of macrophages and NK towards day 12 (XIAO-LING ZHU, 2006).

In both horses and ponies, daily consumption of Reishi has been shown to increase both the cellular immune line (CD4+, CD5+ and CD8+) and the humoral line by increasing antibody synthesis, in addition to decreasing liver enzymes and increasing haemoglobin (SHAO-WEN LAI & al, 2004).

According to Heleno Et al in 2013, Ganoderma shows higher bactericidal activity than ampicillin and streptomycin against Staphylococcus aureus and Bacillus cereus.

The nickname of Reishi is “the mushroom of immortality” so to make old bones, you know what you have to do!